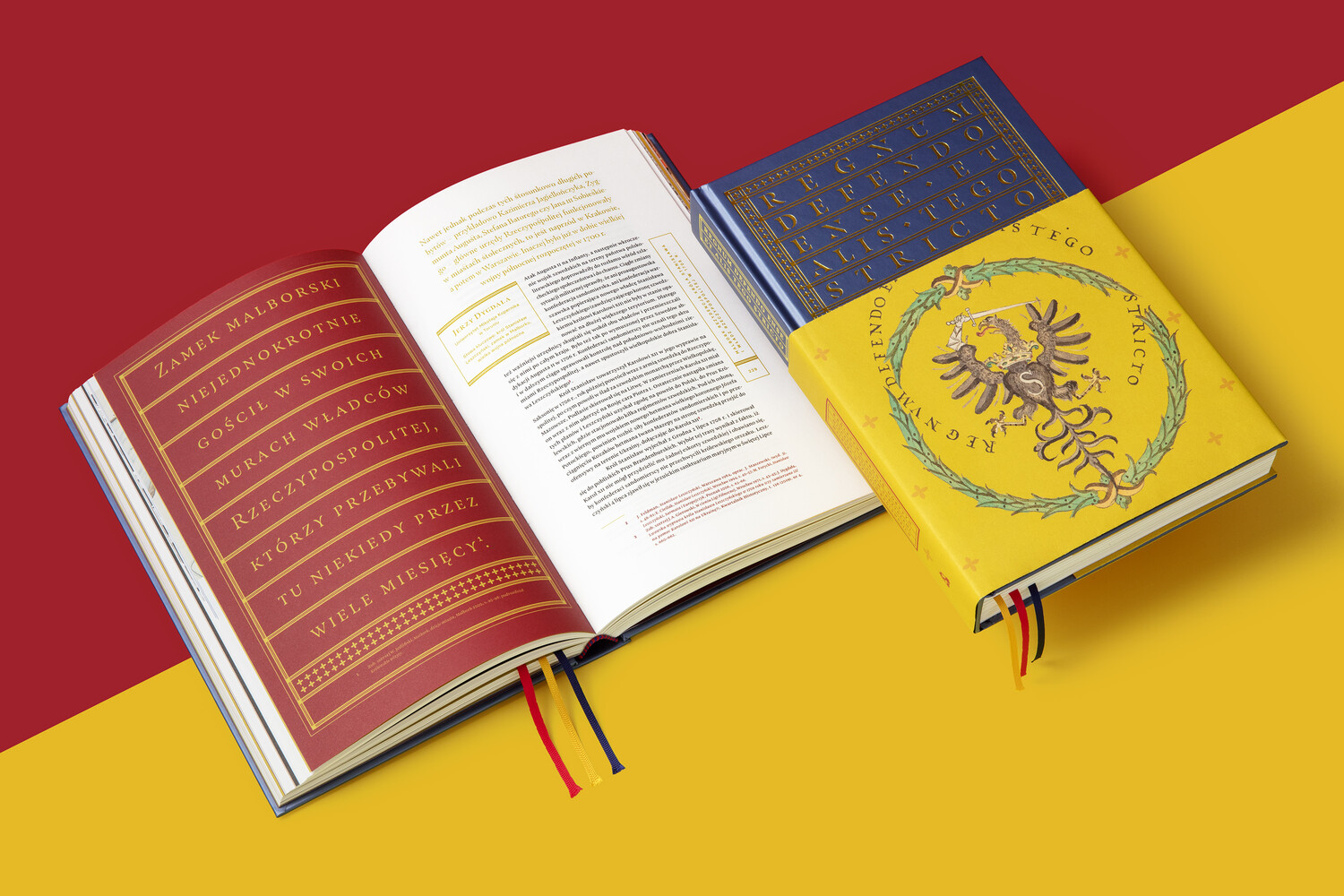 The Castle Museum of Malbork presented its history in a series of three exhibitions, accompanied by books of historical essays about these periods. The second exhibition entitled Regnum defendo ense et alis tego stricto focuses on the time after the Teutonic rule (between the 15th and 18th century).

The layout continues that of the previous book in the series, Sapientia aedificavit..., but many elements are updated to match the design of the new exhibition. The strong color scheme of yellow, blue and red appears throughout the book, emphasized by such details as ribbons and the headband. Typographic title arrangements are inspired by the books from the period that had their titles embossed on leather covers. Similar arrangements are used in Regnum defendo... on the cover and at the beginning of every article, with the cover title debossed and hot-stamped in gold. The half dust-jacket with a crest – from a document whose motto was used to title the exhibition – unfolds to a double-sided poster. 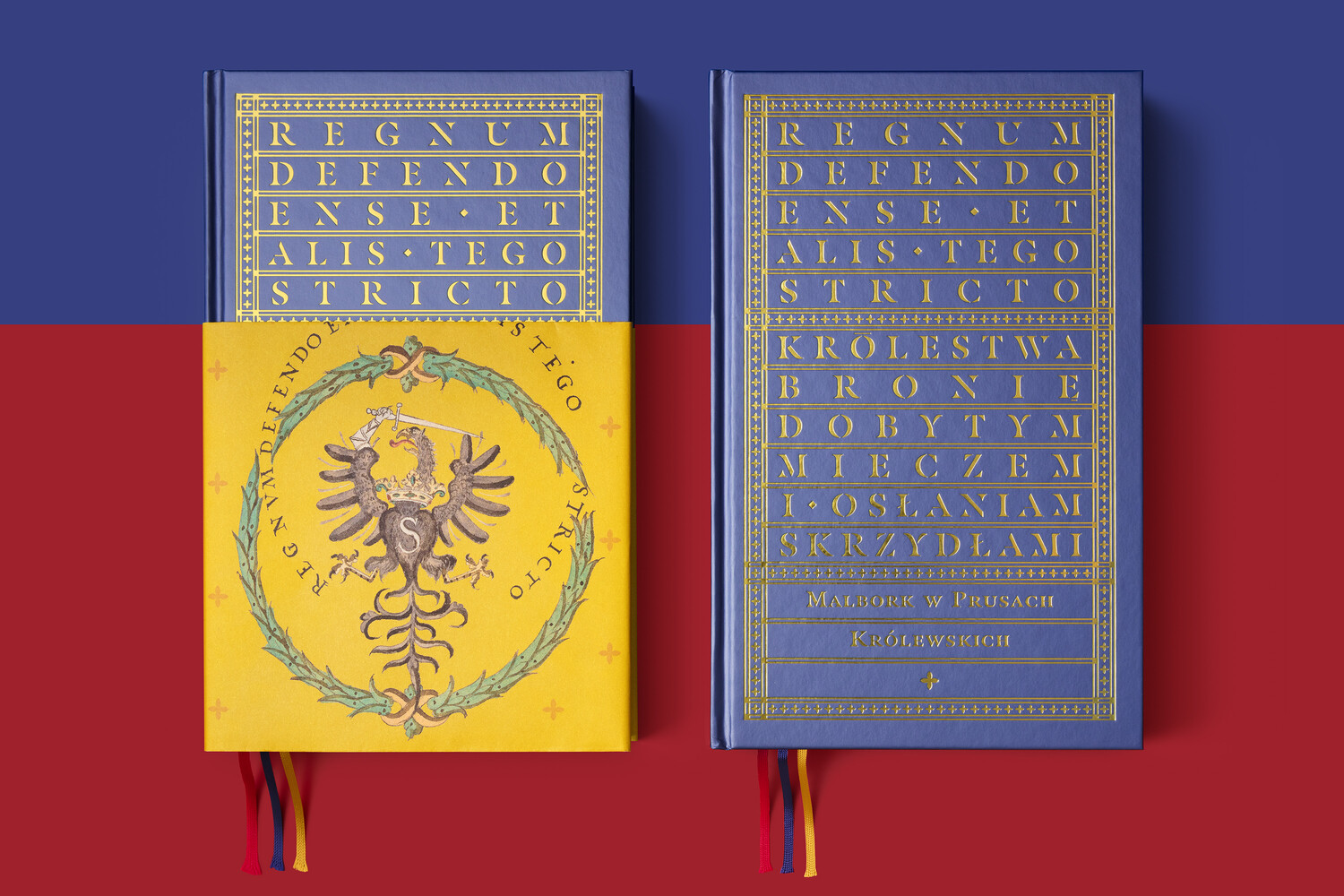 Cover with and without the half dust jacket. Removing the jacket reveals the Polish translation of the Latin title. 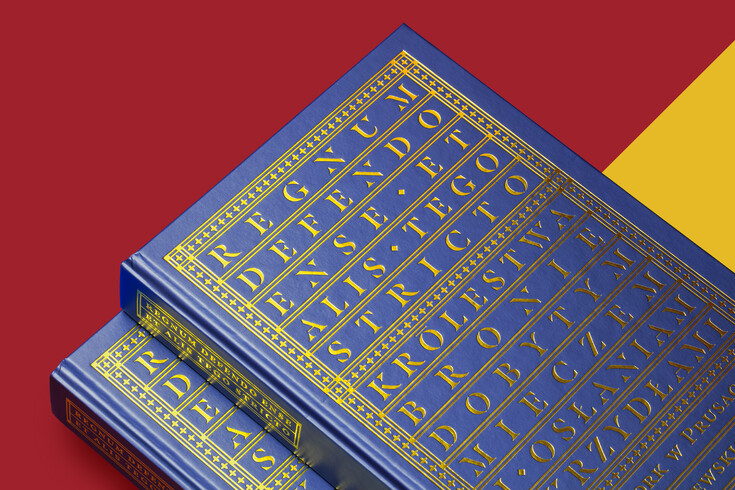 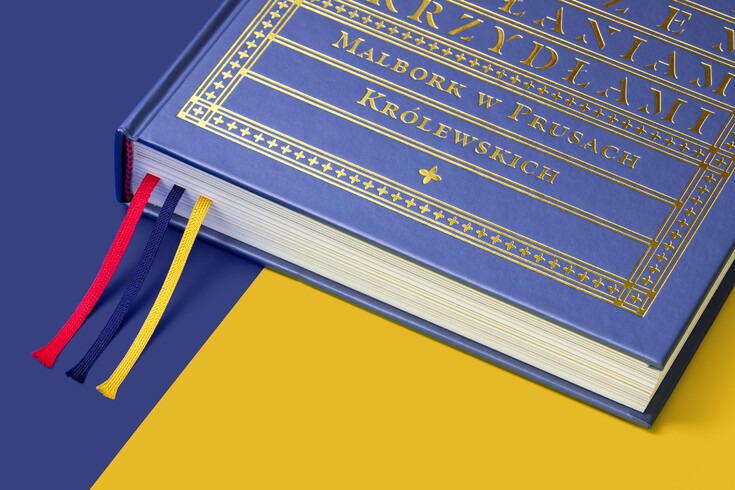 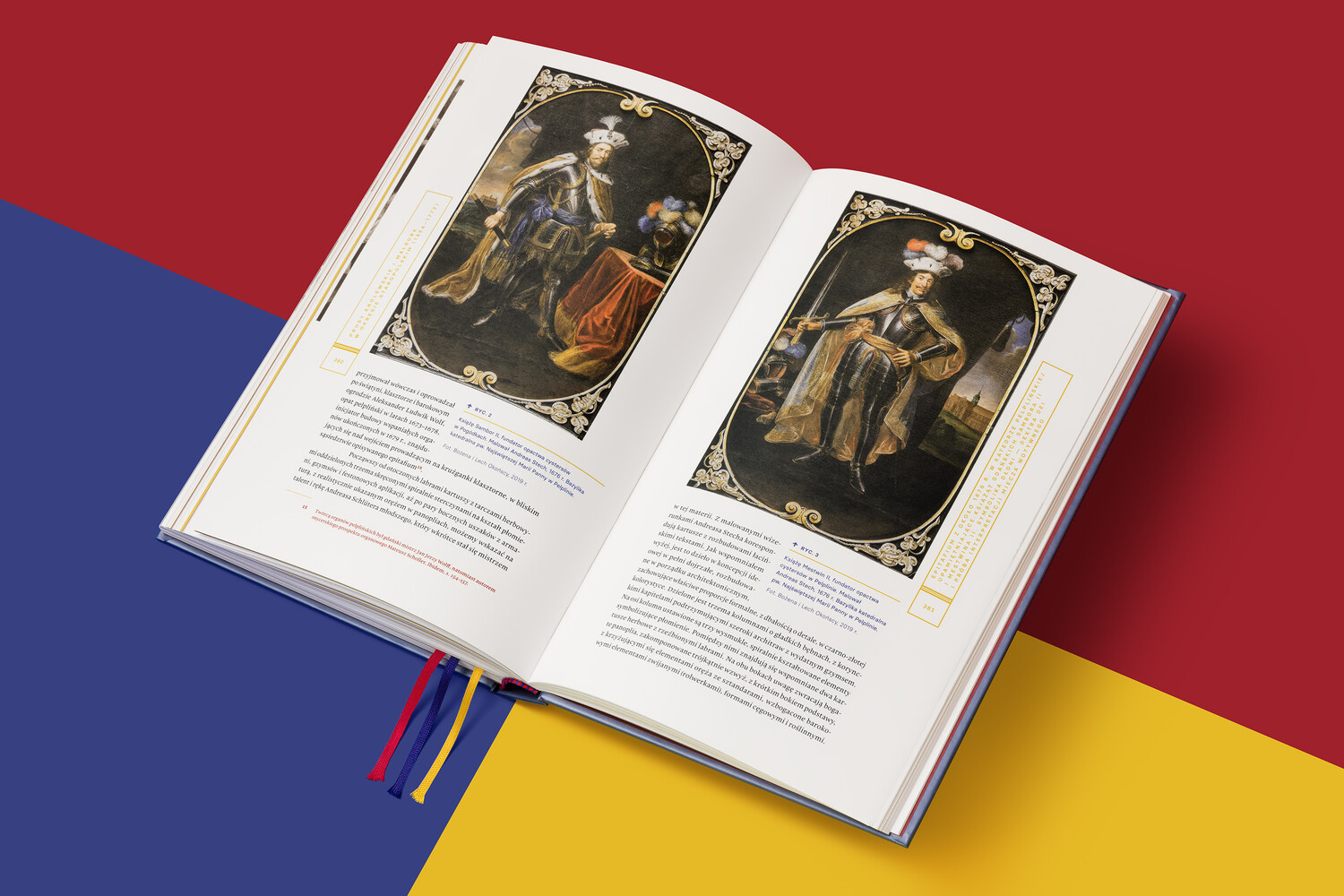 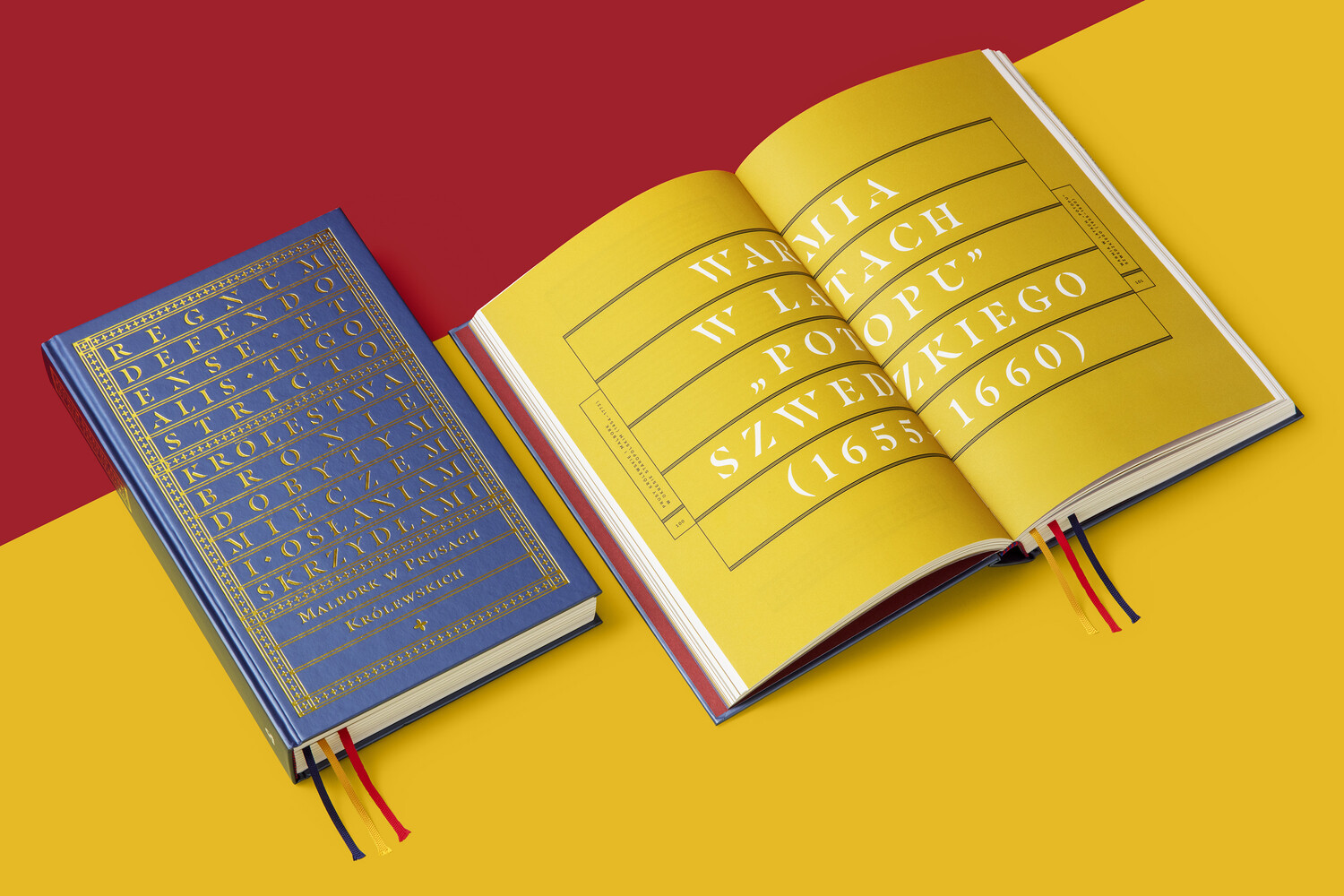 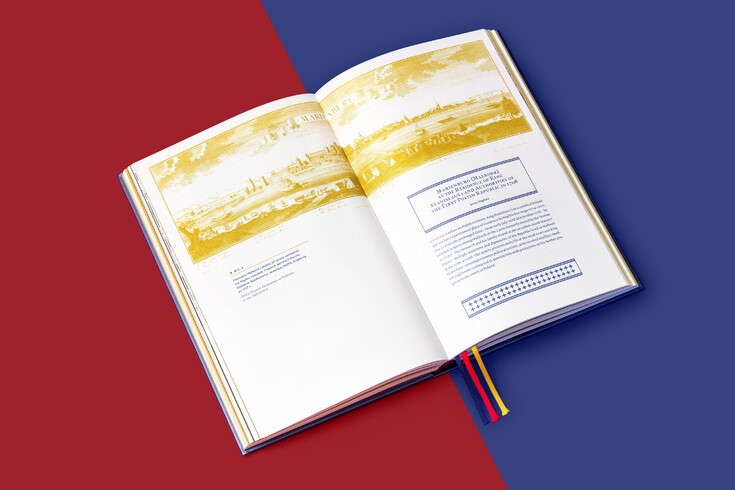 The end of an article with an English summary. 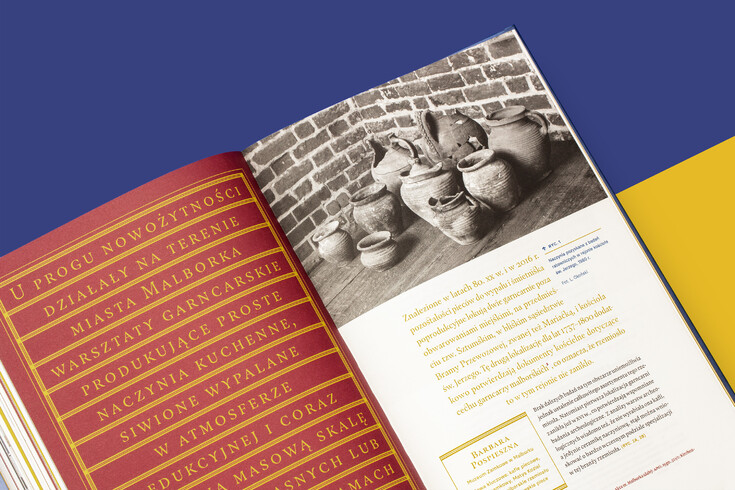 The beginning of an article. 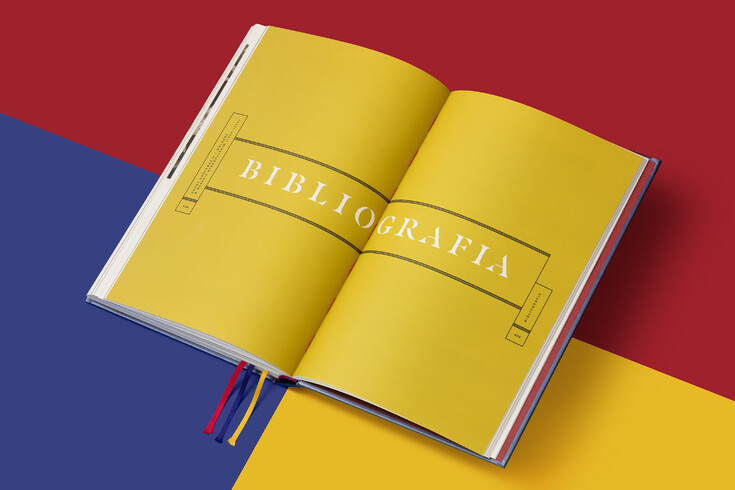 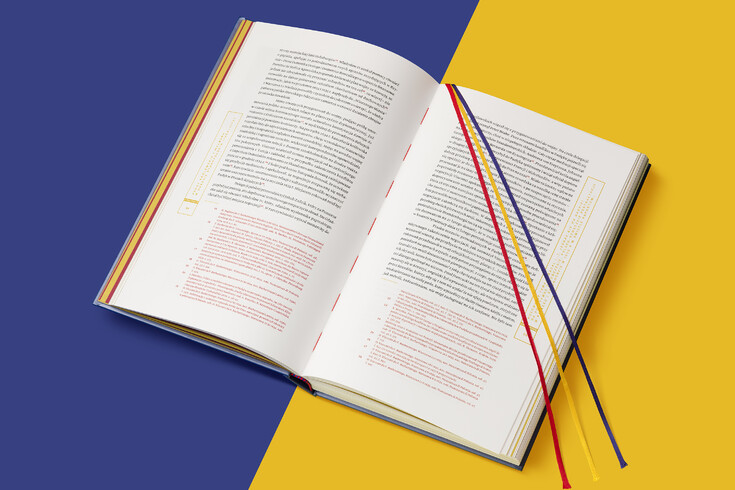 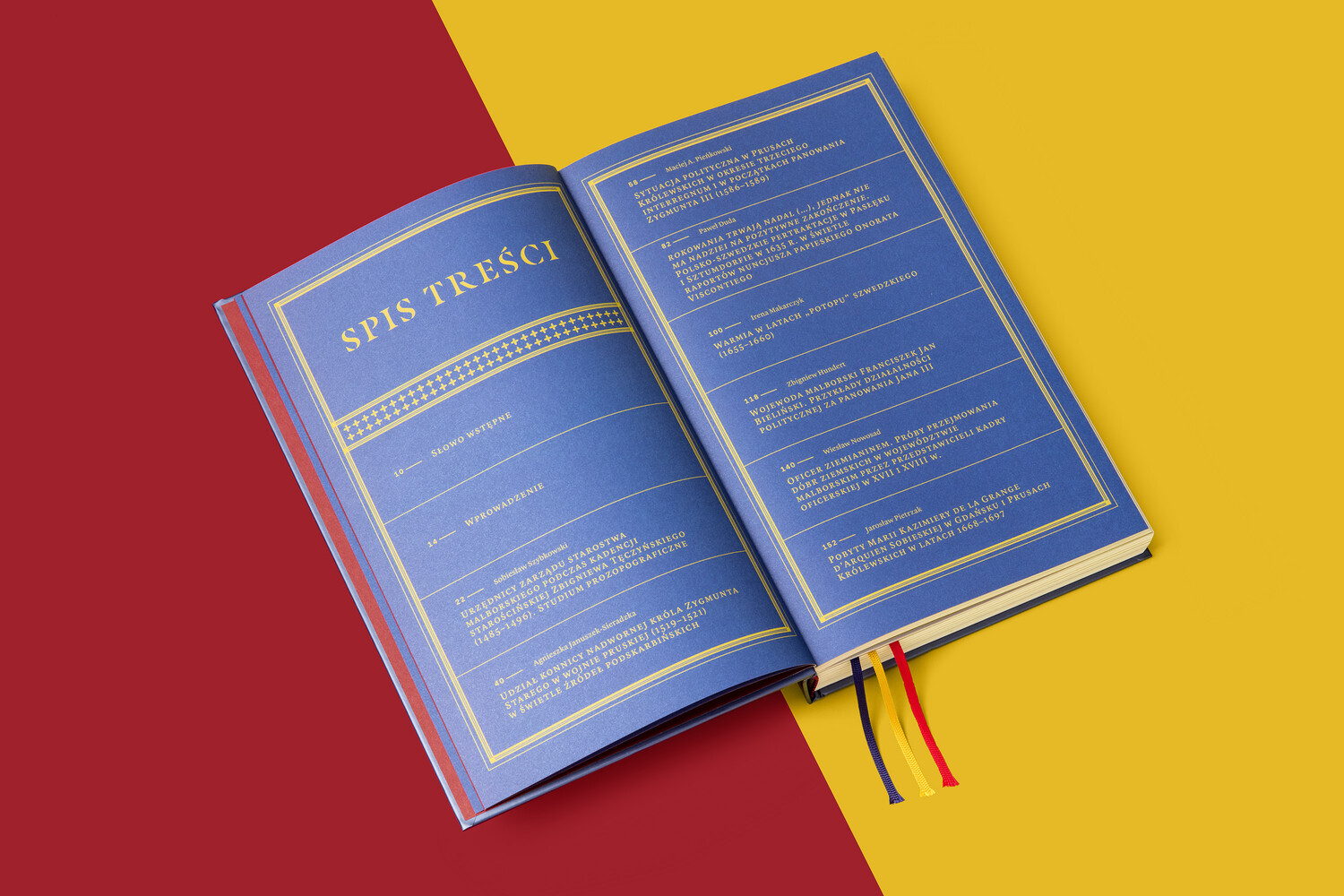 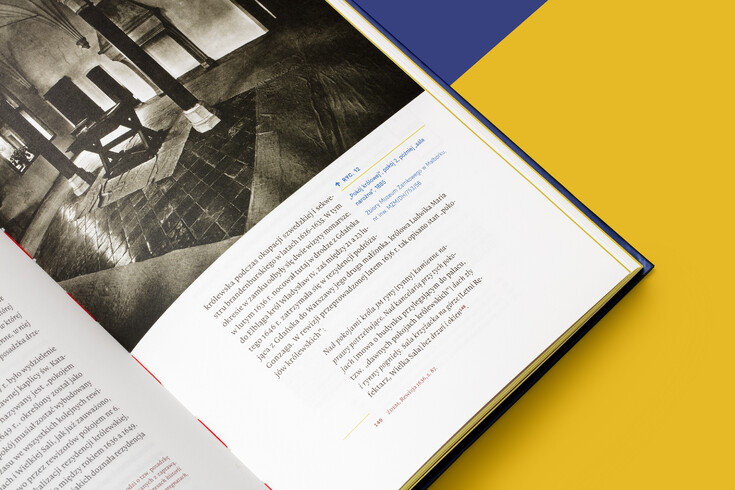 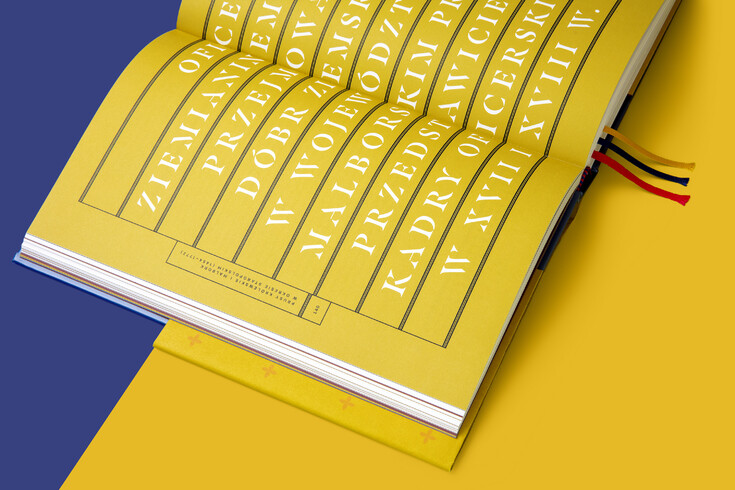 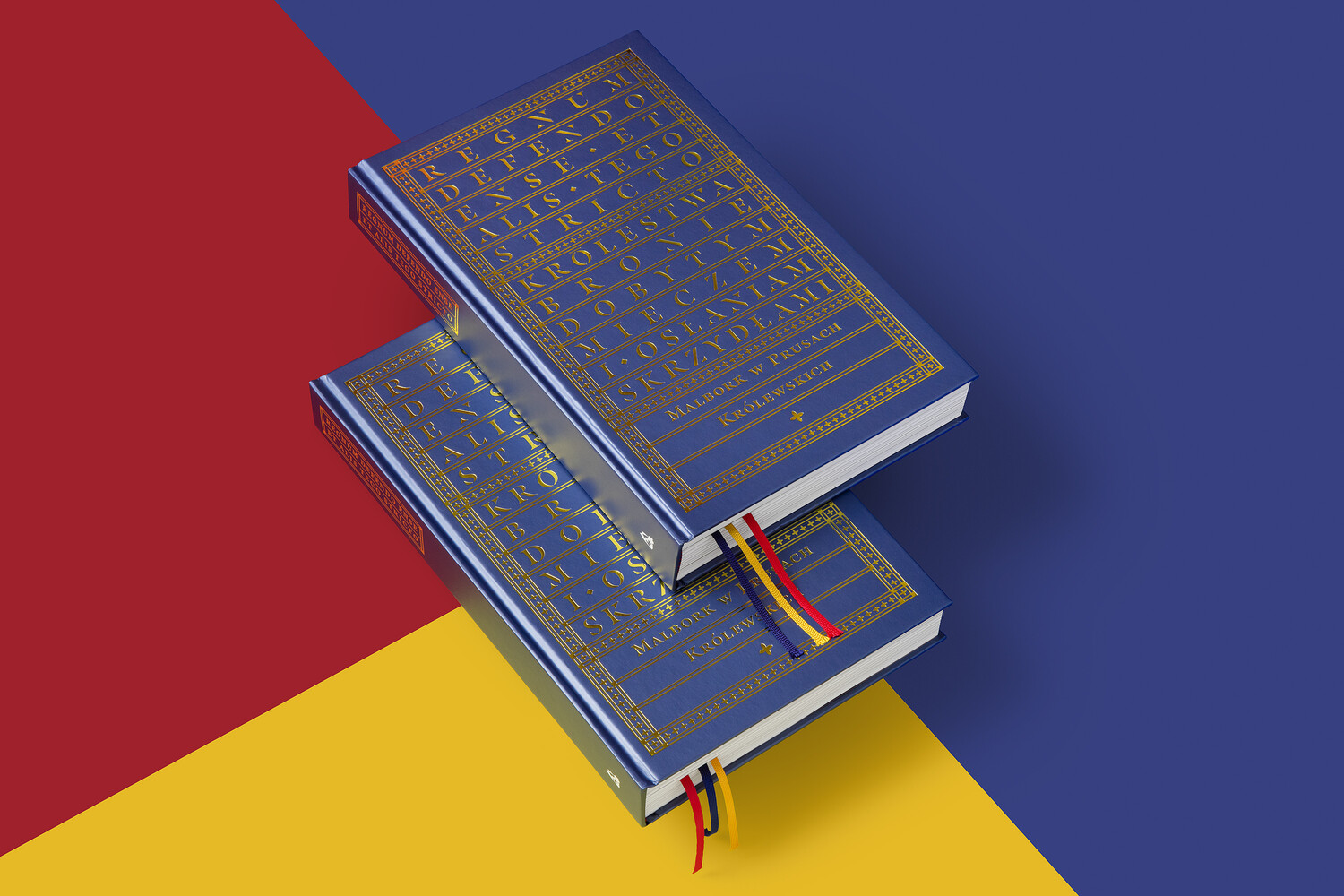 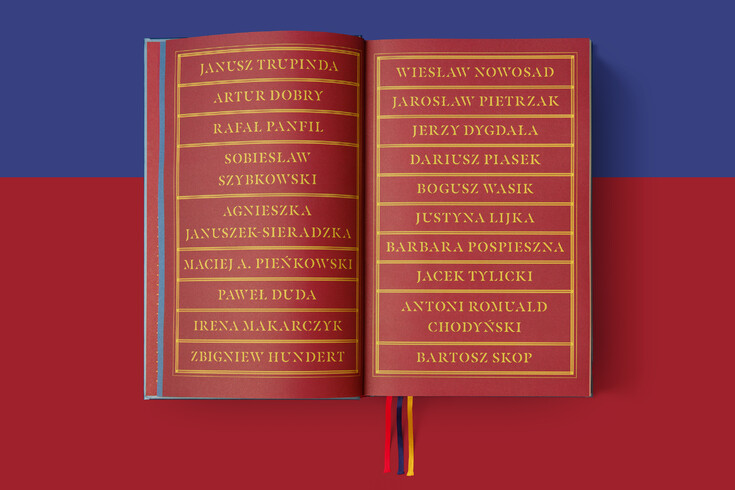 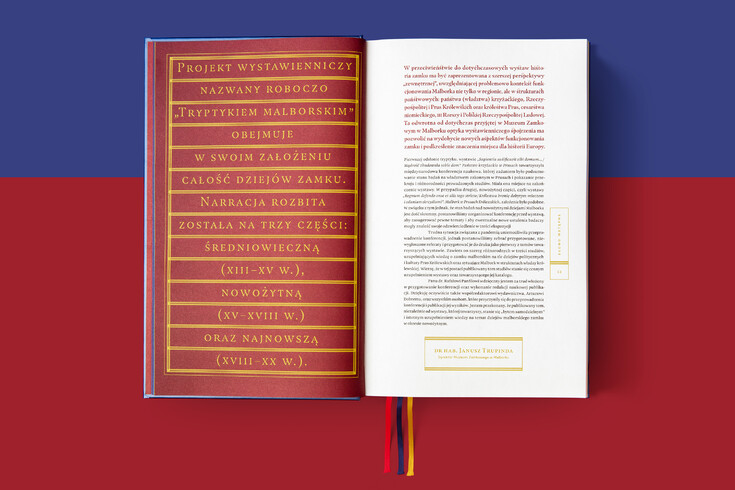 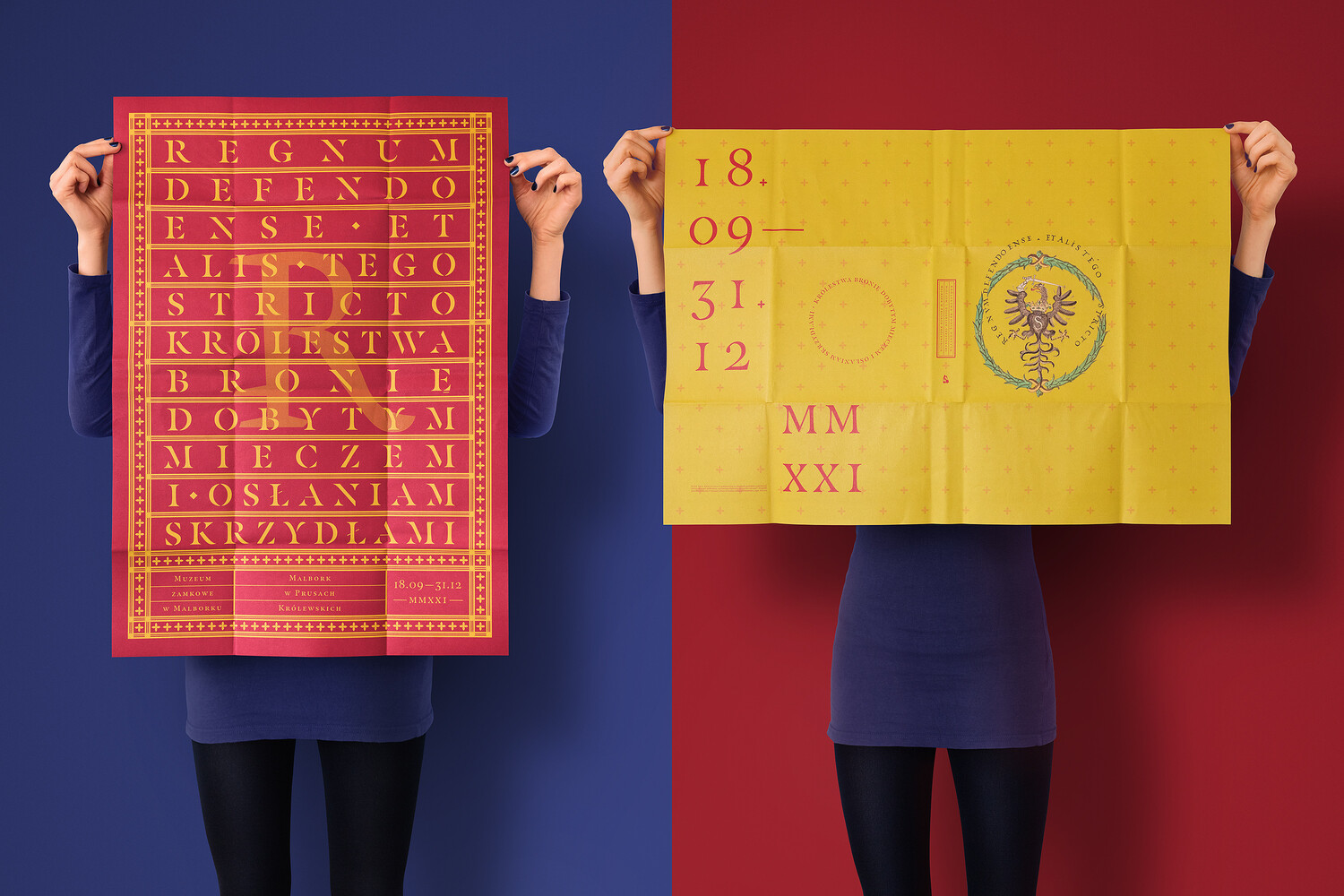 Both sides of the poster unfolded from the dust jacket.