From the City Hall to the Museum 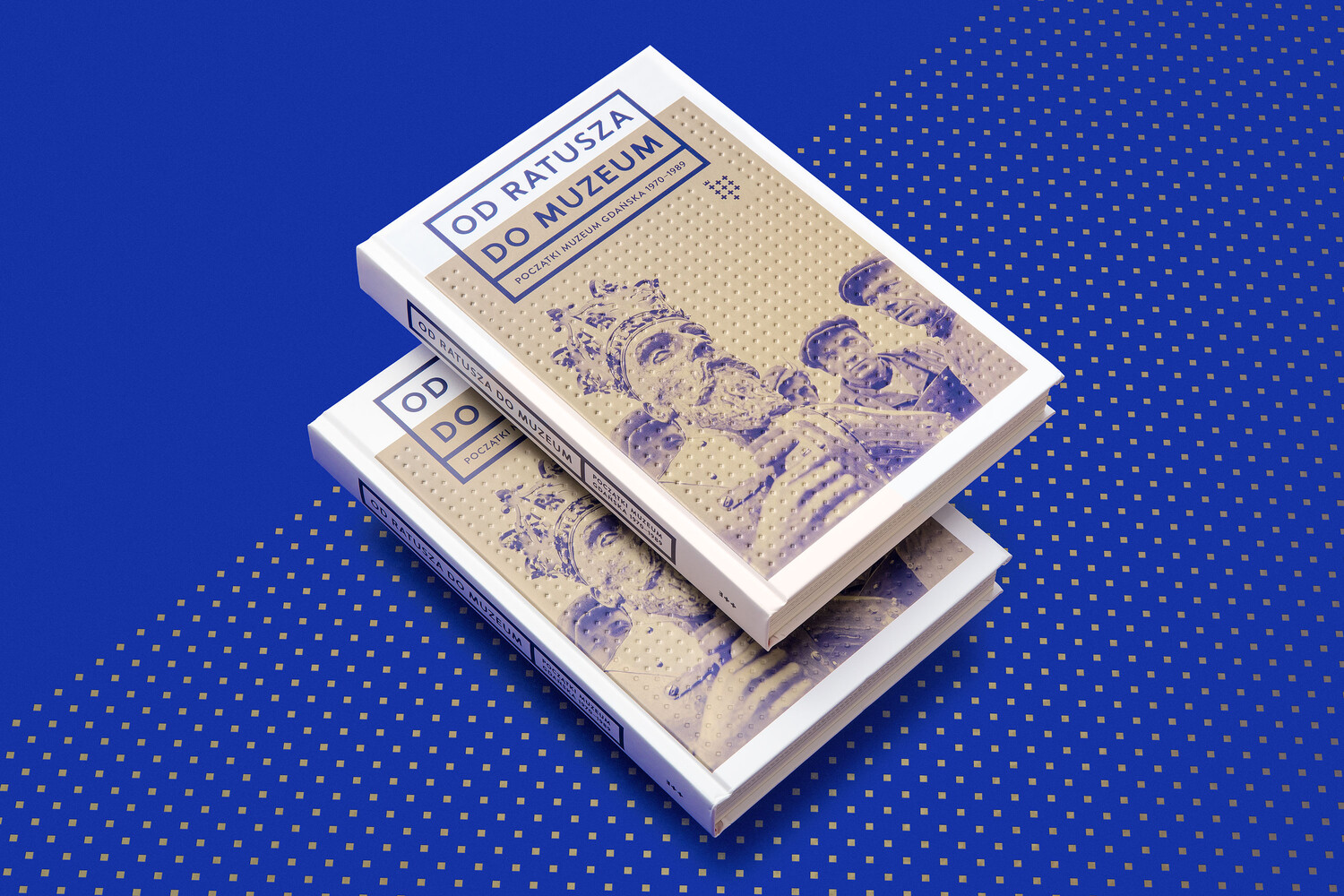 The Museum of Gdańsk was established in 1970 in a sometimes difficult political and social context. To celebrate its 50th anniversary the Museum published a book about its history, including five essays illustrated with multiple archival photos.

The book design is consistent with the identity we designed for the Museum's anniversary. A diamond pattern appears throughout the publication, including a debossed pattern on the cover and a gold diamond raster on the photographs. Elements of the design, including some of the typographic choices, are inspired by old newspapers that the articles' authors used as source material. Several interesting photos have been placed on fold-out pages so that they can be opened to reveal a bigger photo. 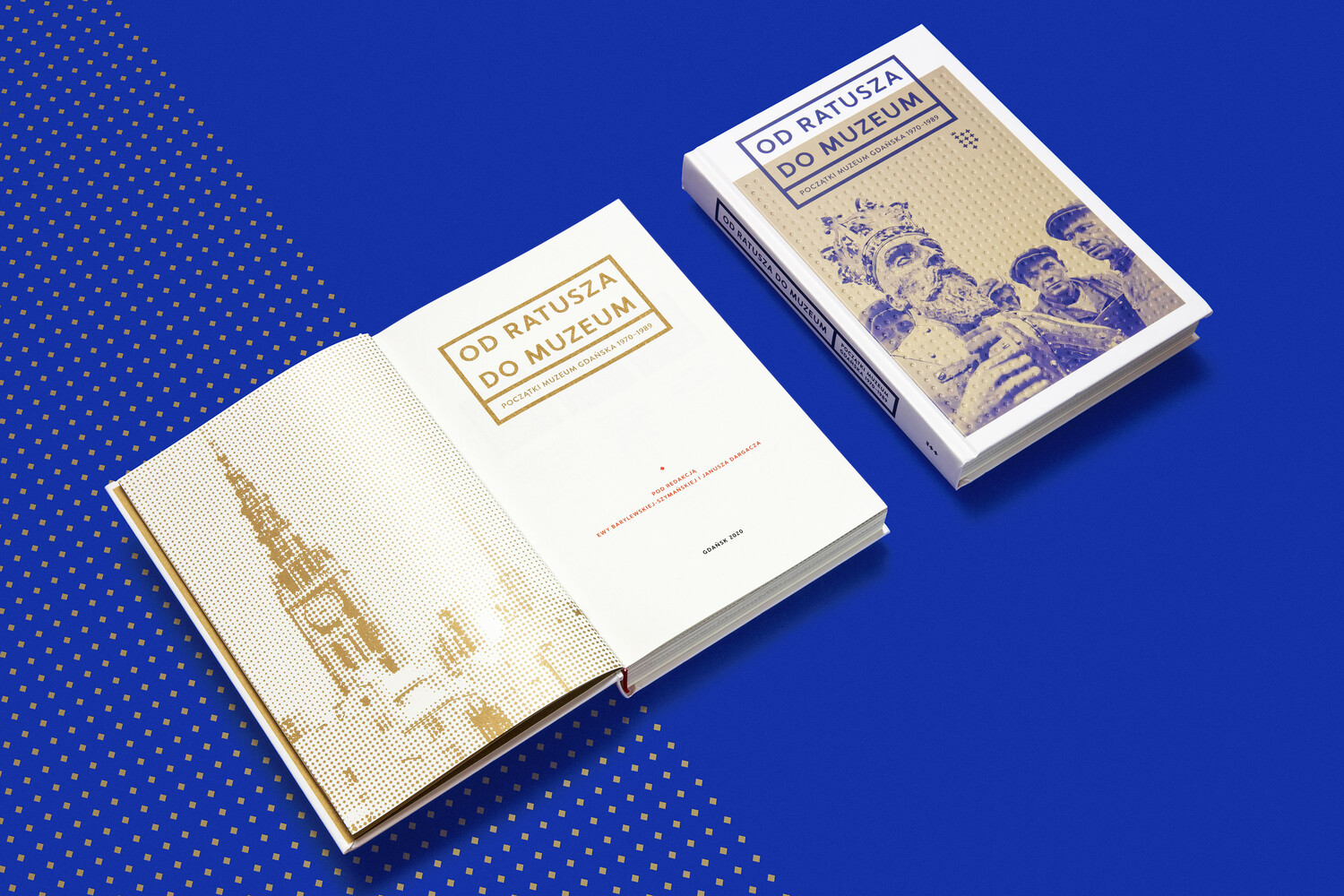 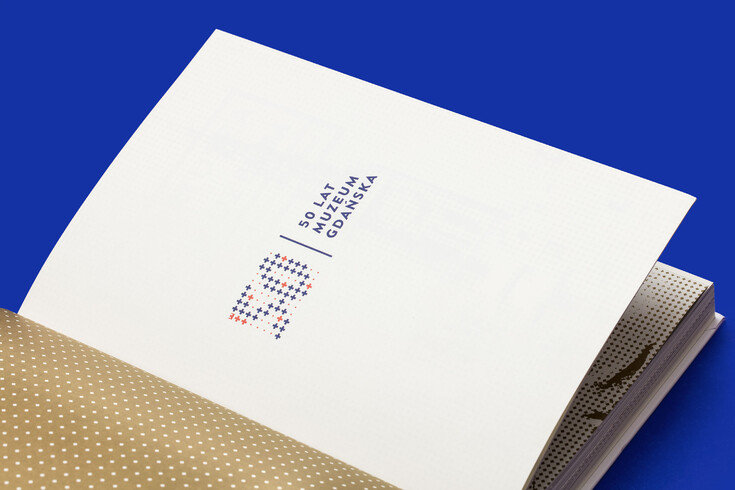 Logo for the 50th anniversary of the Museum of Gdańsk. 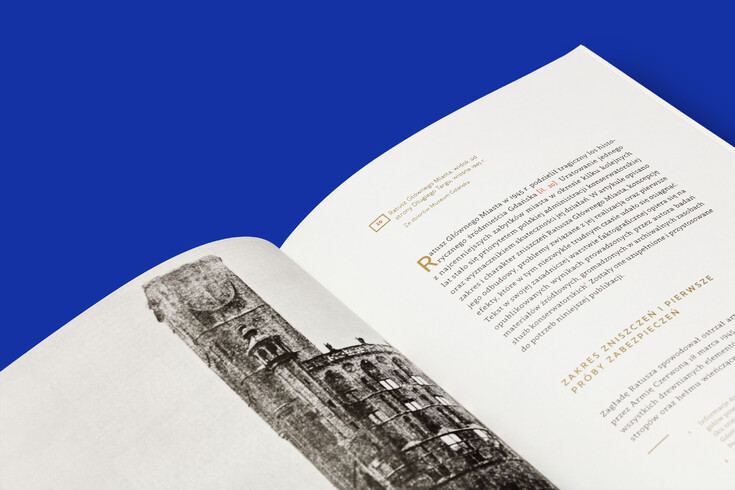 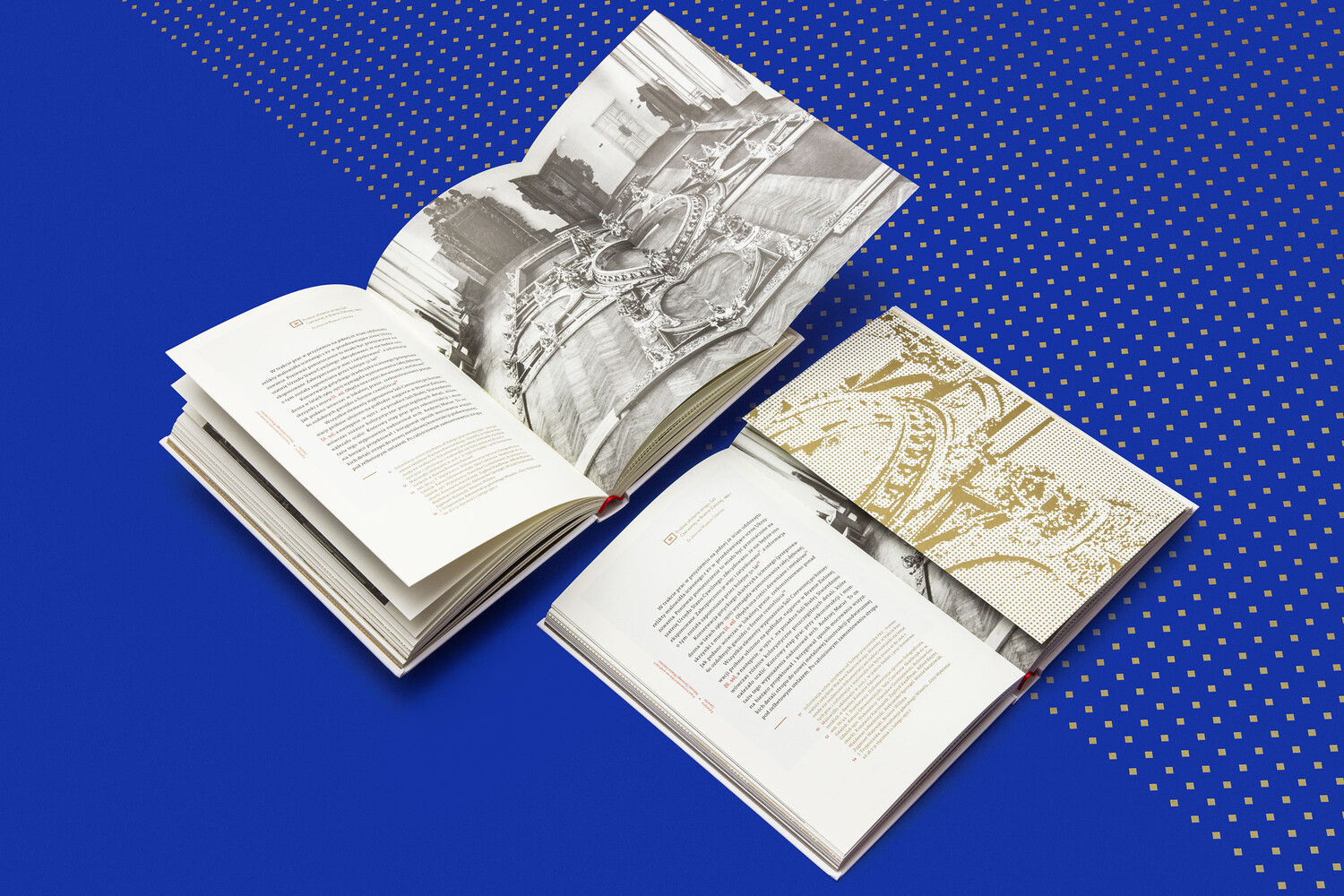 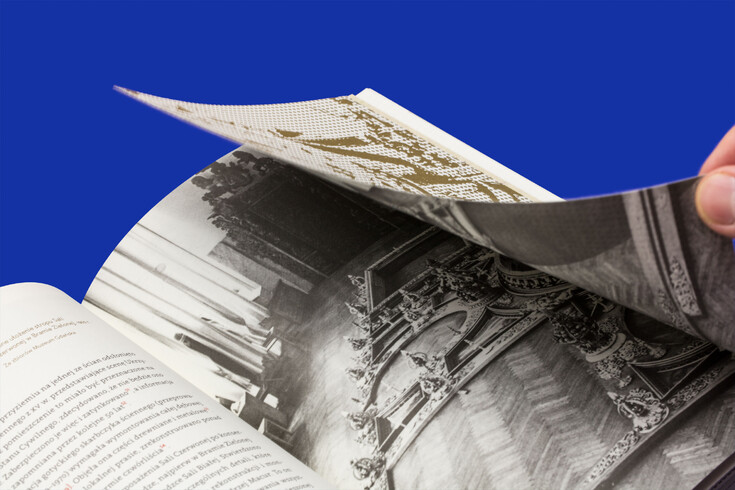 Opening a fold-out page (the external side has a photo detail printed in gold diamond raster). 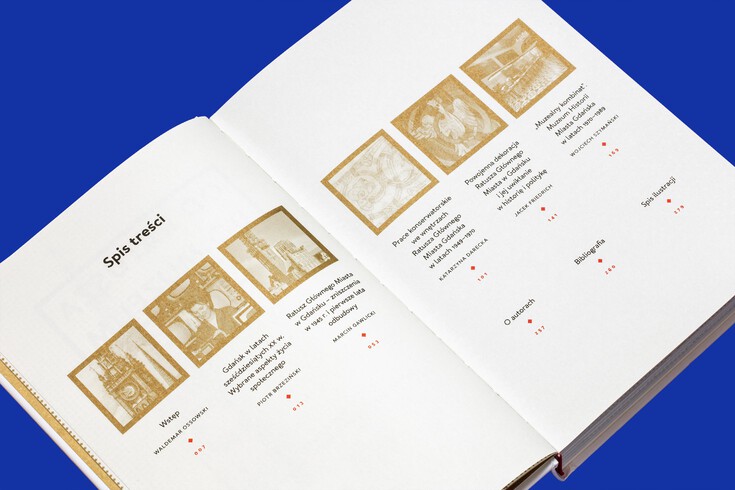 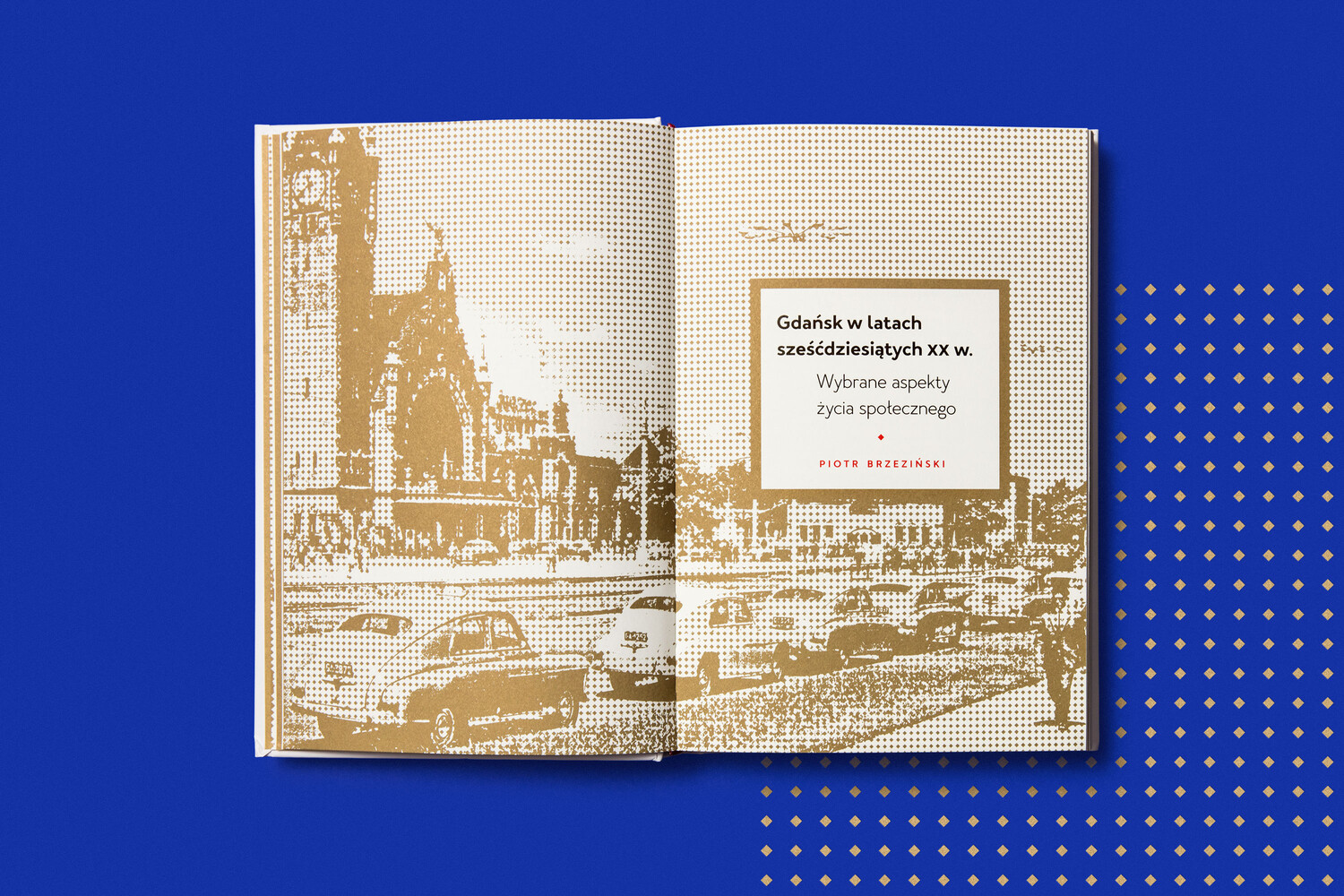 Title spread of an article. 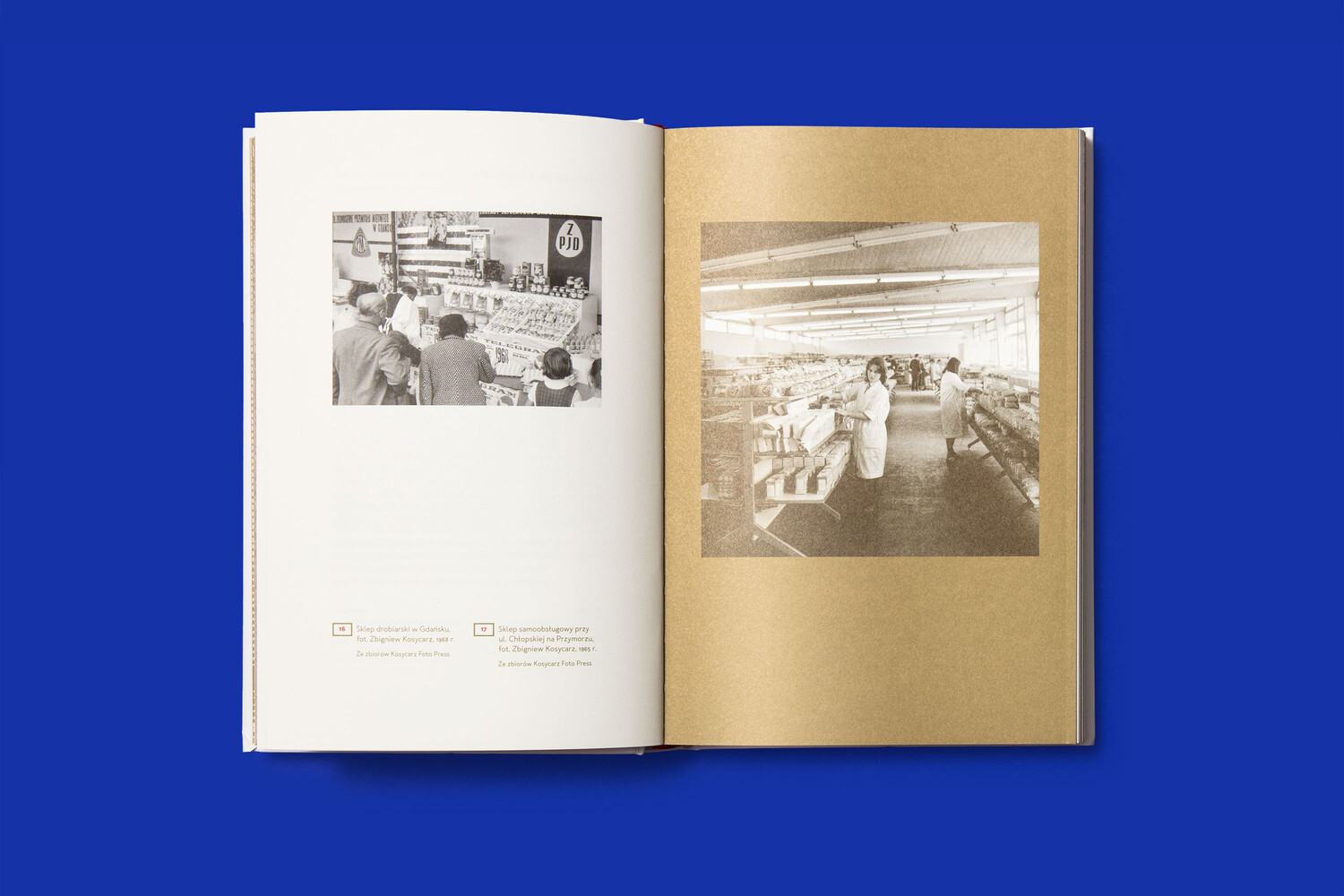 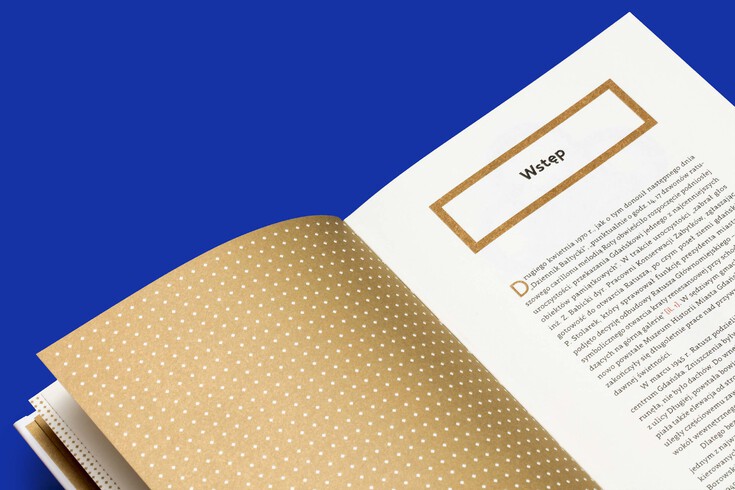 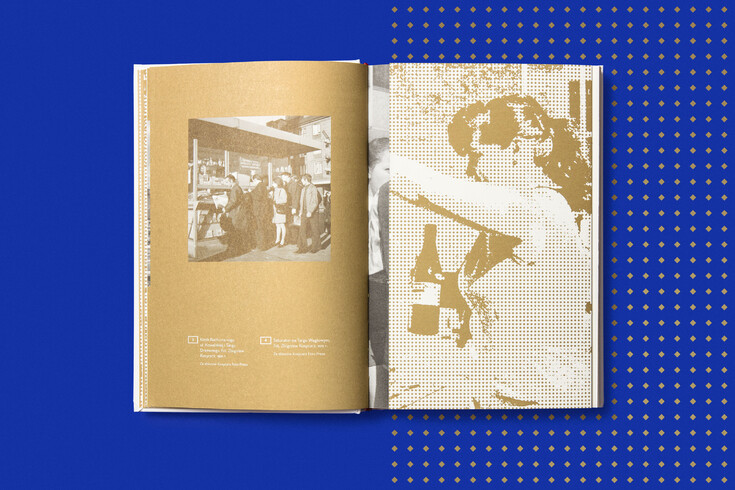 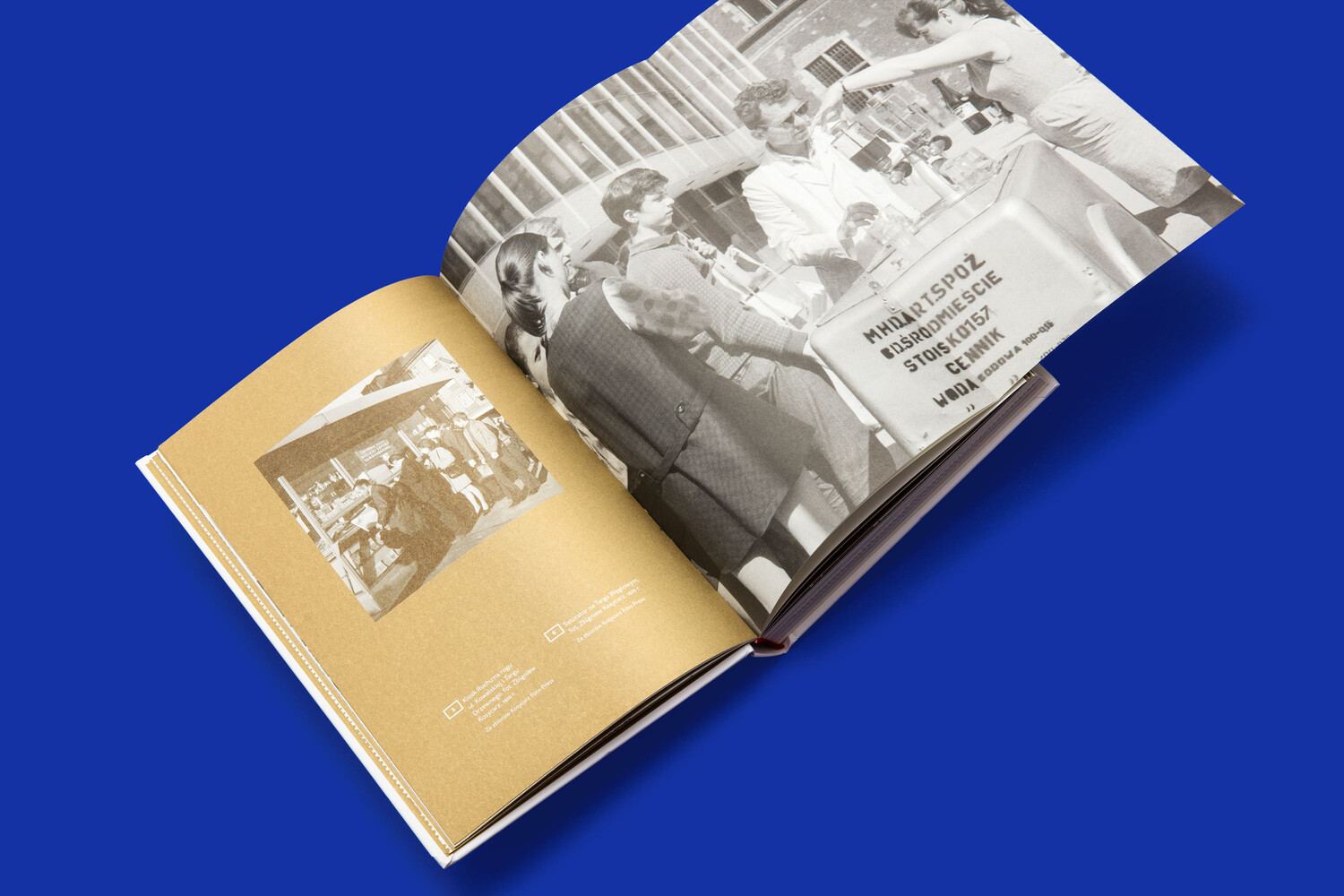 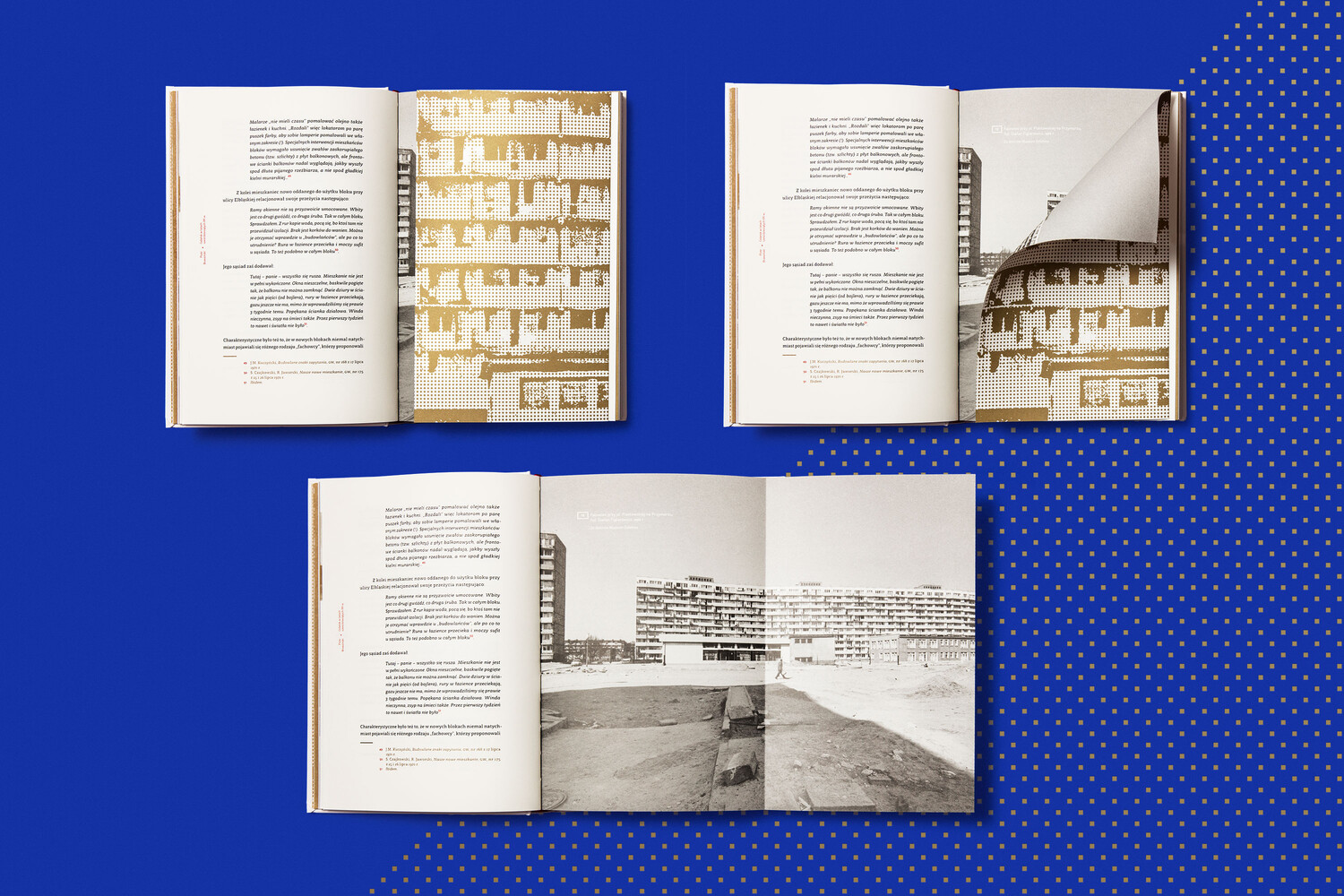 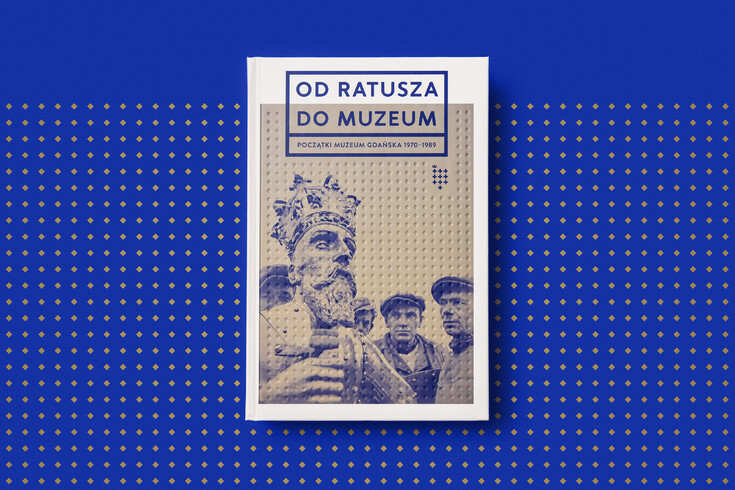 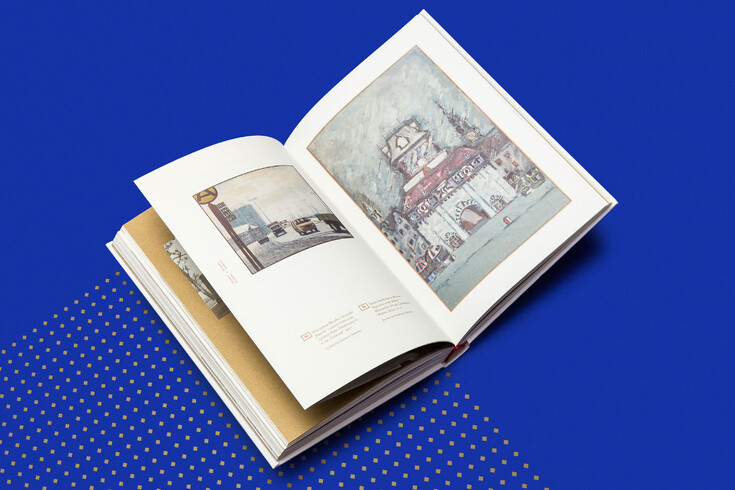 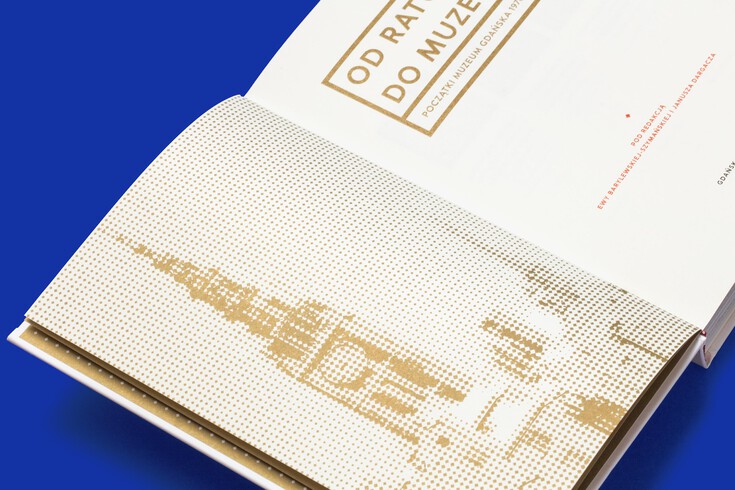 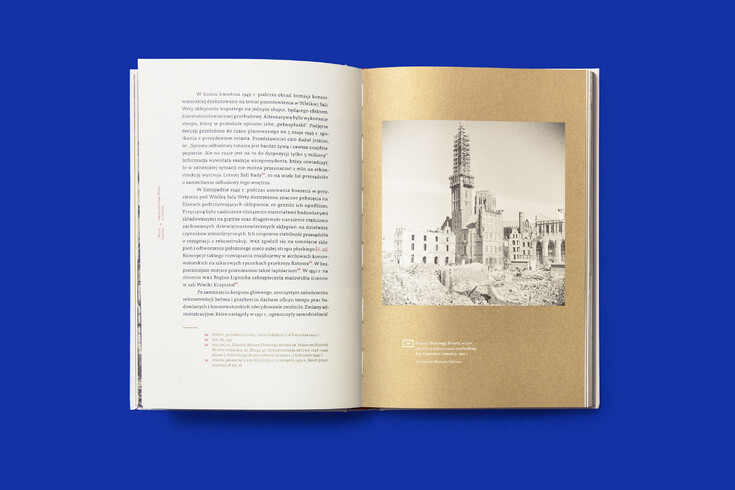 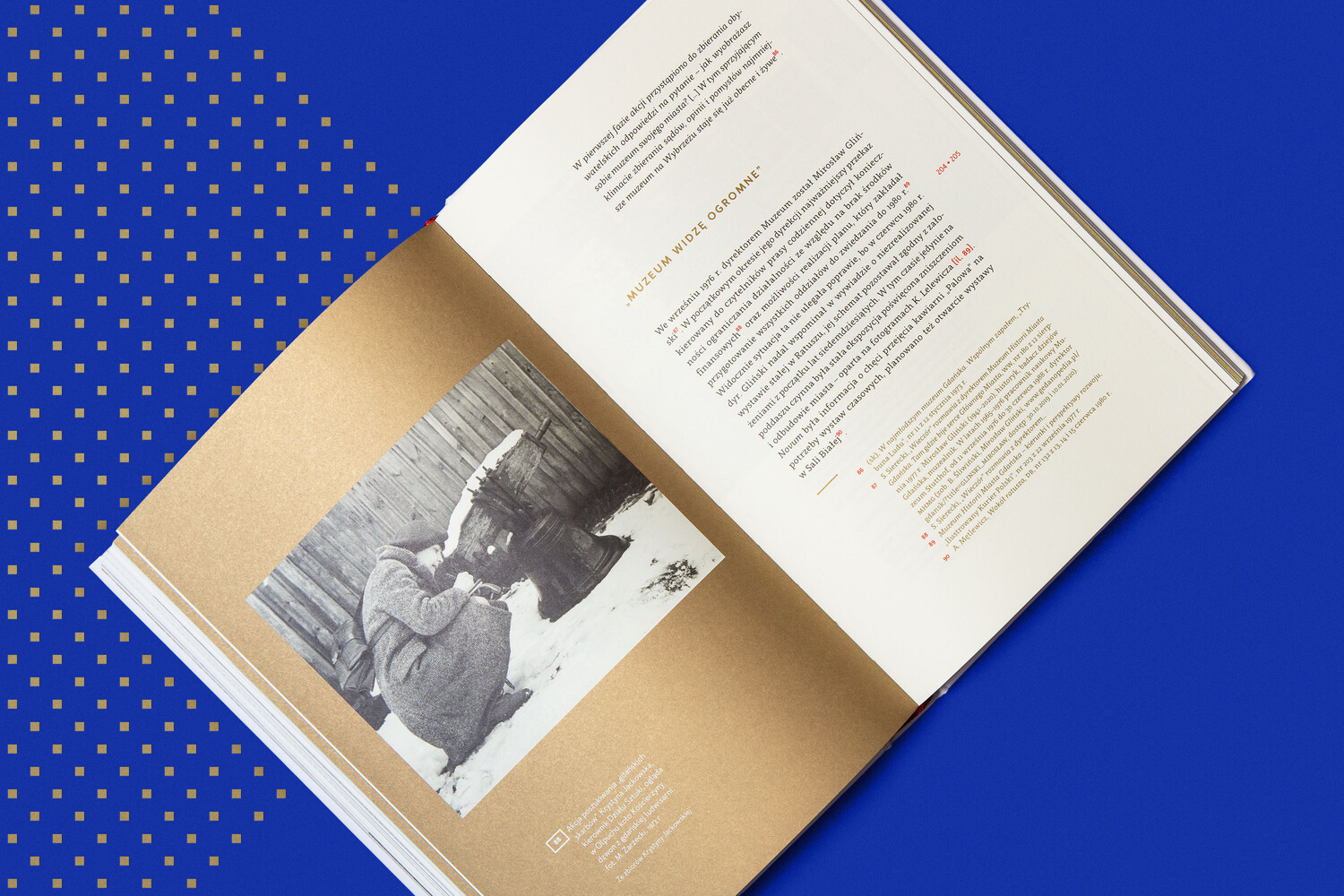 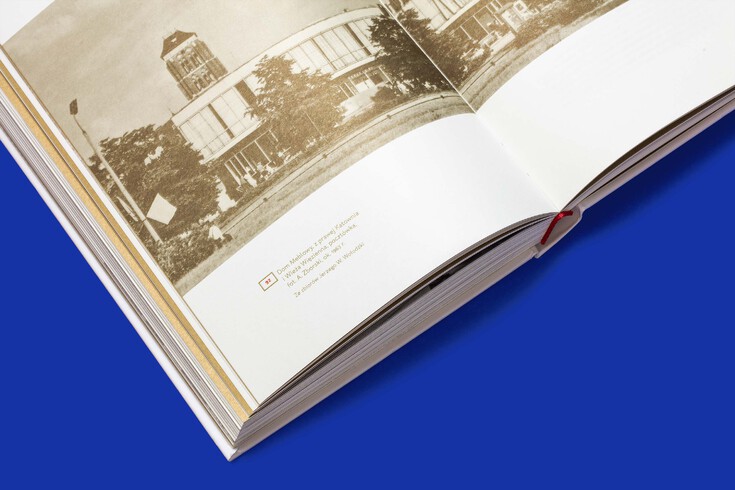 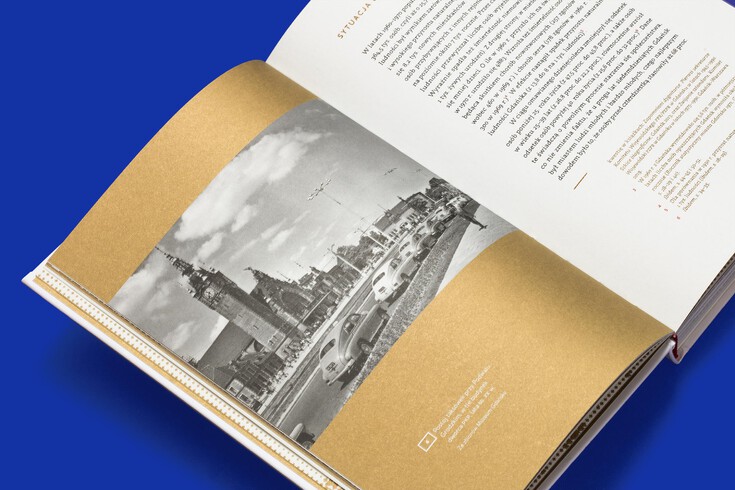 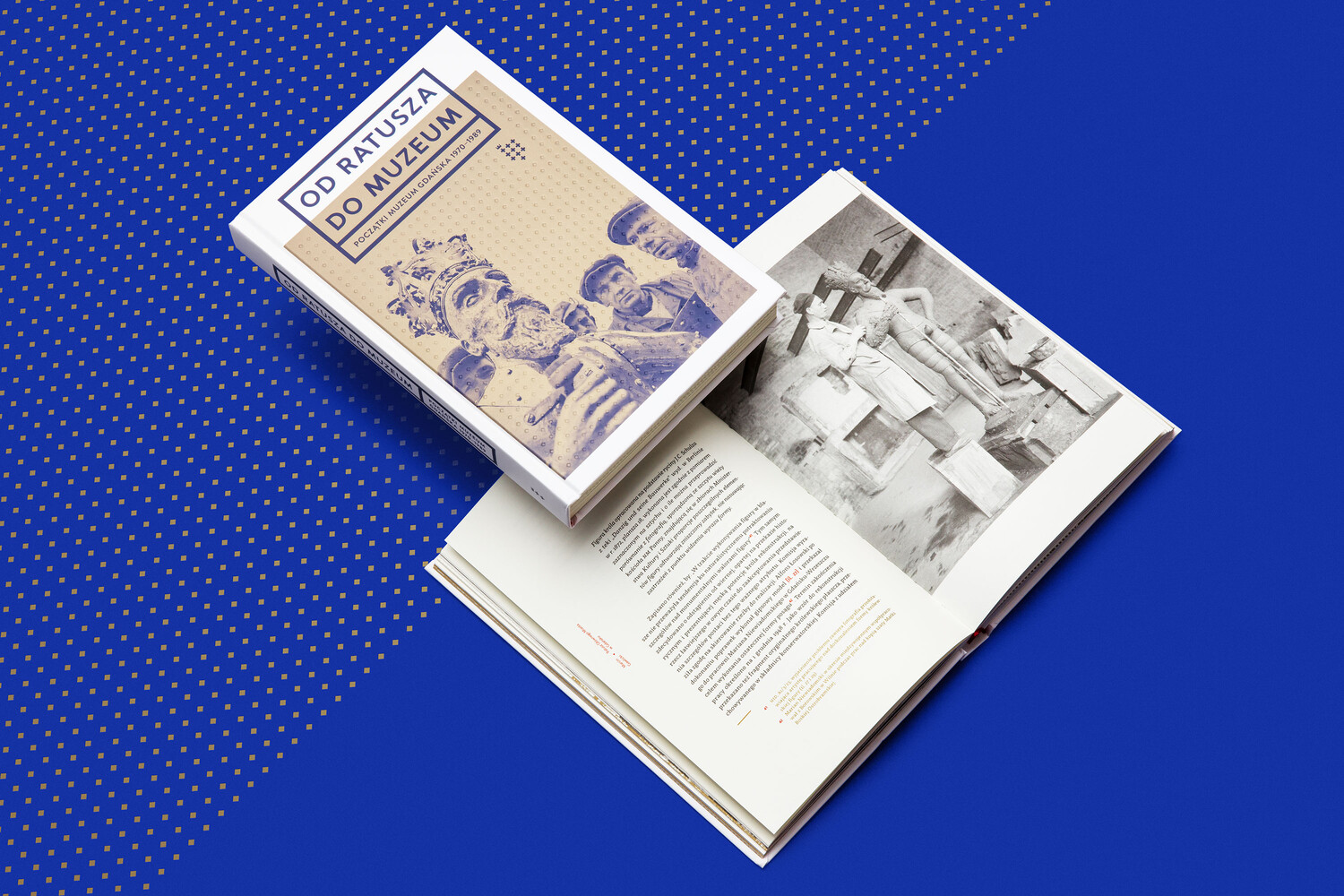