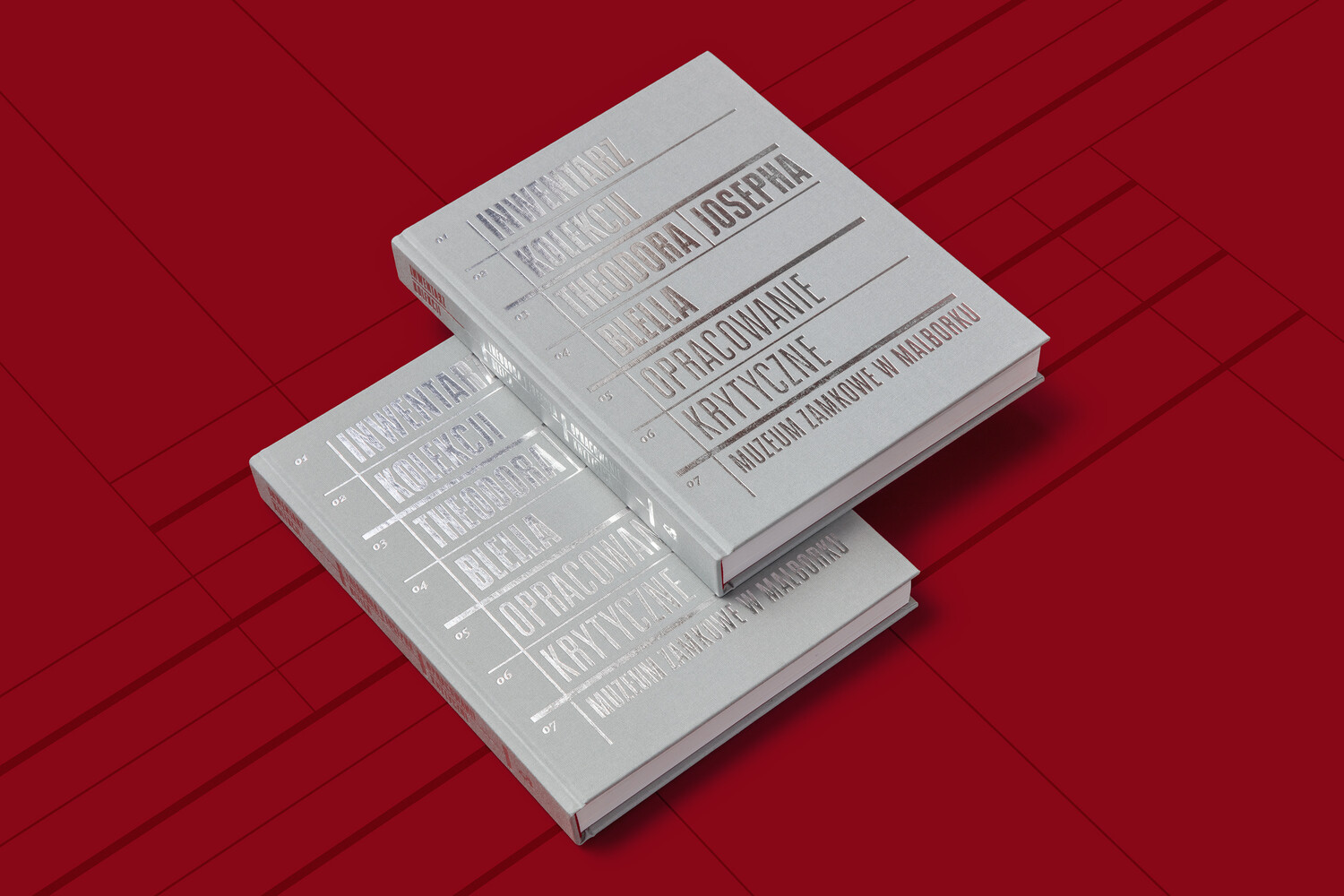 The Blell Inventory is a hand-written document created by Theodor Blell in the late 19th century. Blell listed all the exhibits in the collection of the Castle of Malbork, meticulously divided into various categories. This document is now an important source in the studies of the history of the Castle and allows historians to see which exhibits were lost in the last century.

As a research project, historians from the Castle Museum of Malbork deciphered the inventory and translated it into Polish. It was then published as a book consisting of introductory critical essays, the translation with extensive footnotes, the transcription of the German original and a photographic insert.

The main challenge of the design lay in translating the hand-made, loose arrangement of the original lists into the rigid structure of modern tables, with a limited color scheme of black and red, without losing the original information.
Because the text consists mostly of ordered lists, the design uses table-like arrangement throughout, including title pages and the cover. The title on the cover is debossed and hot-stamped with silver foil on gray canvas. The only splash of color is in the photographic insert that shows some of the exhibits and the photos of the original document; it was printed on a glossier, creamy paper, which makes it stand out clearly. 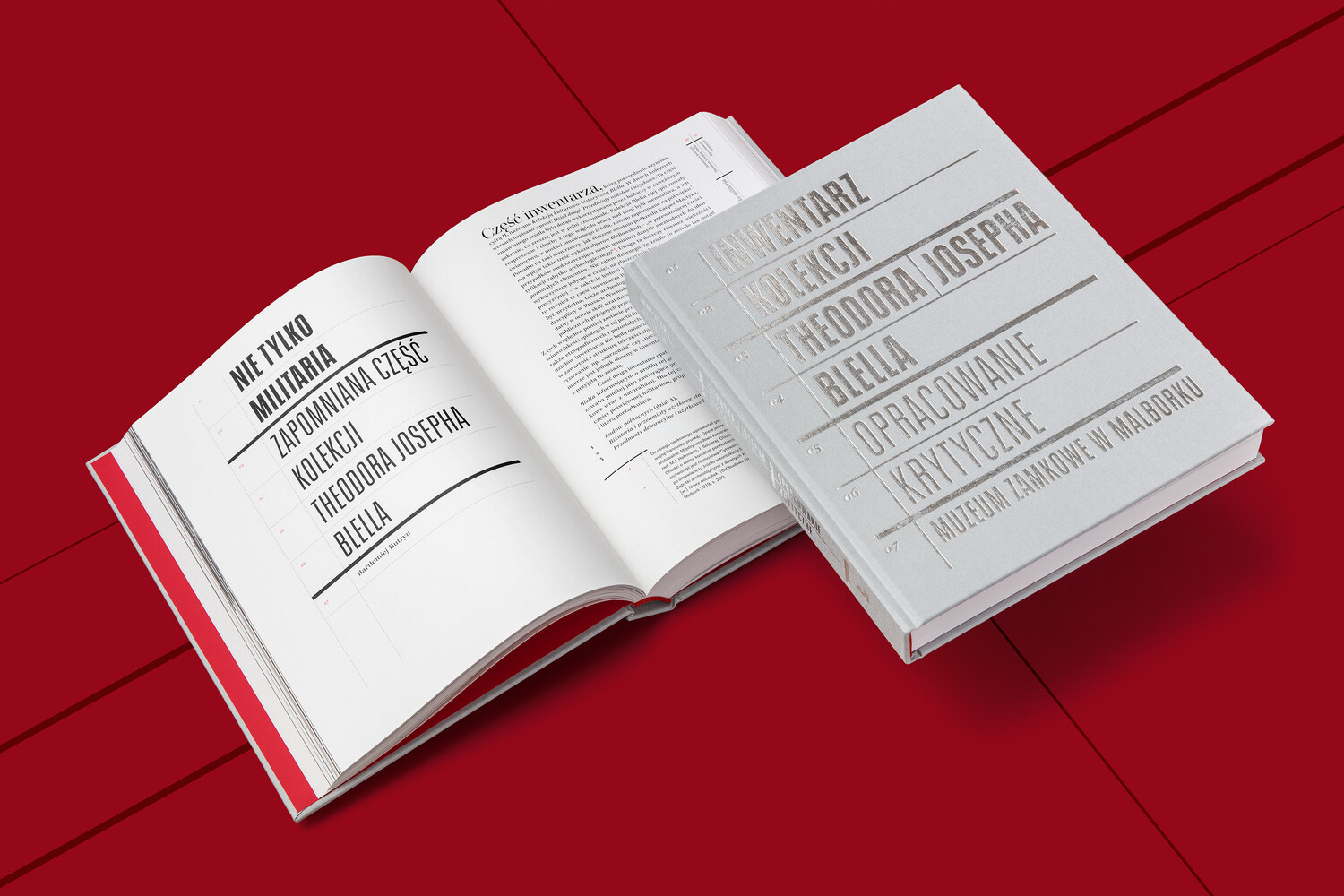 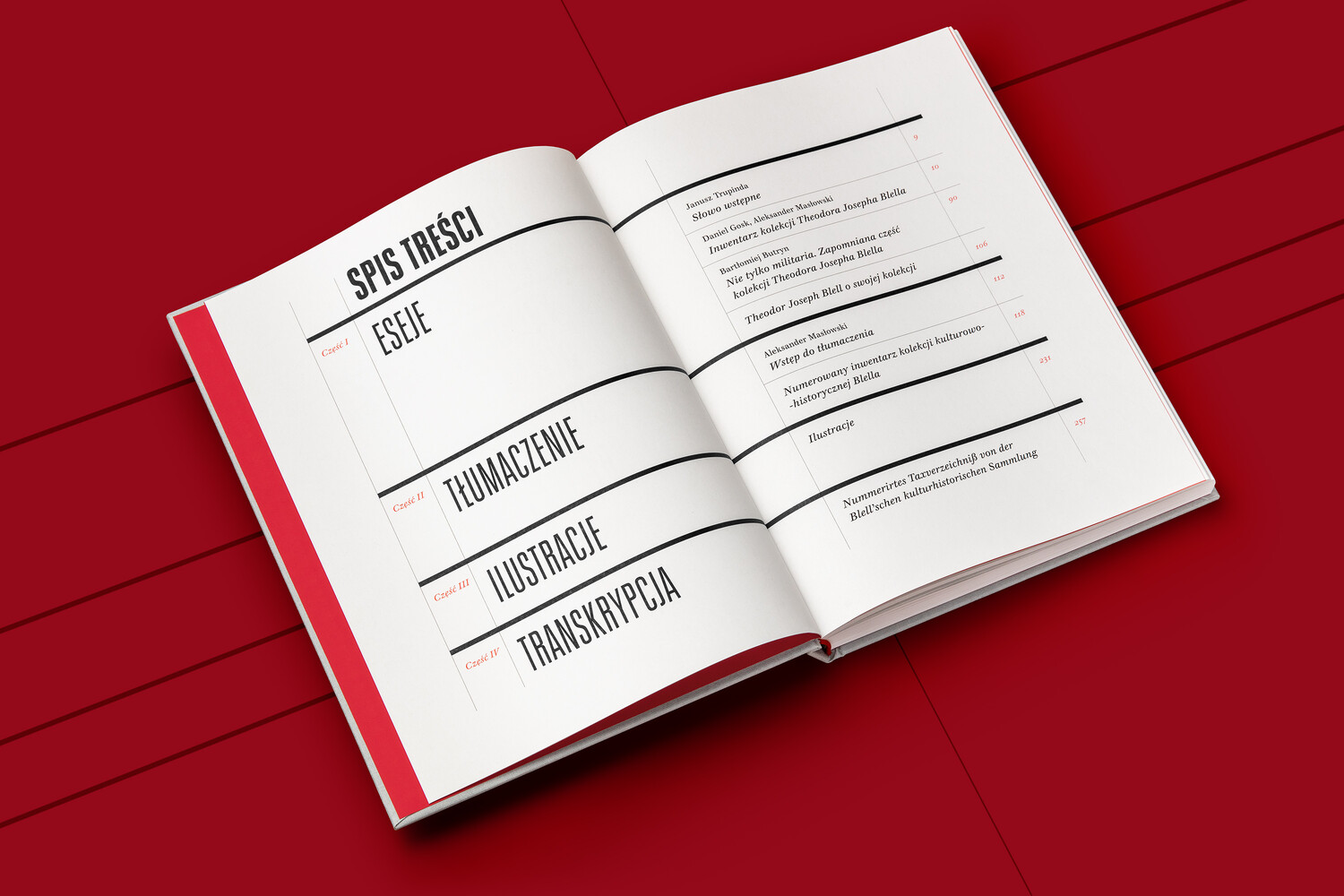 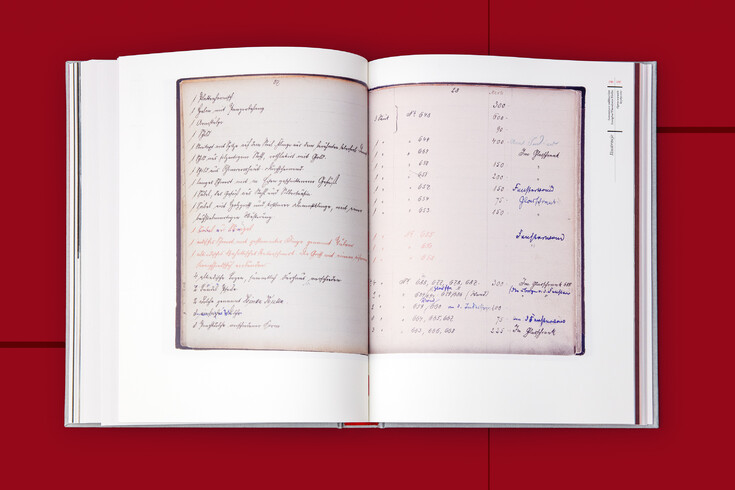 Spread from the photographic insert, showing a photo of the original Blell inventory and what the original text translated into this book looked like. 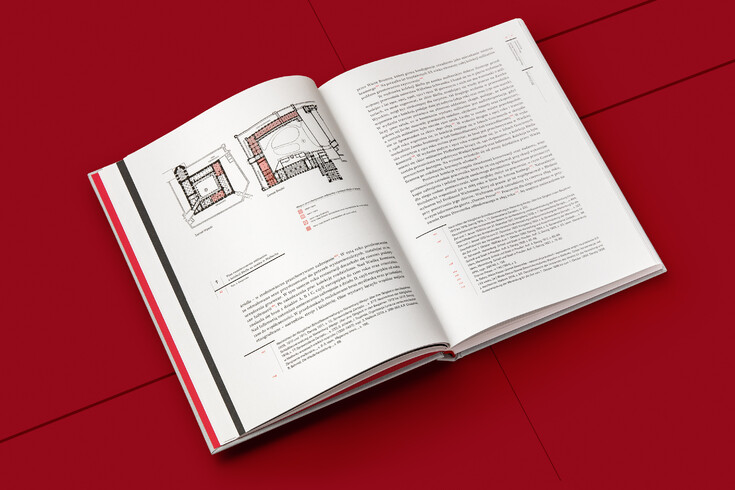 Spread from one of the introductory essays. 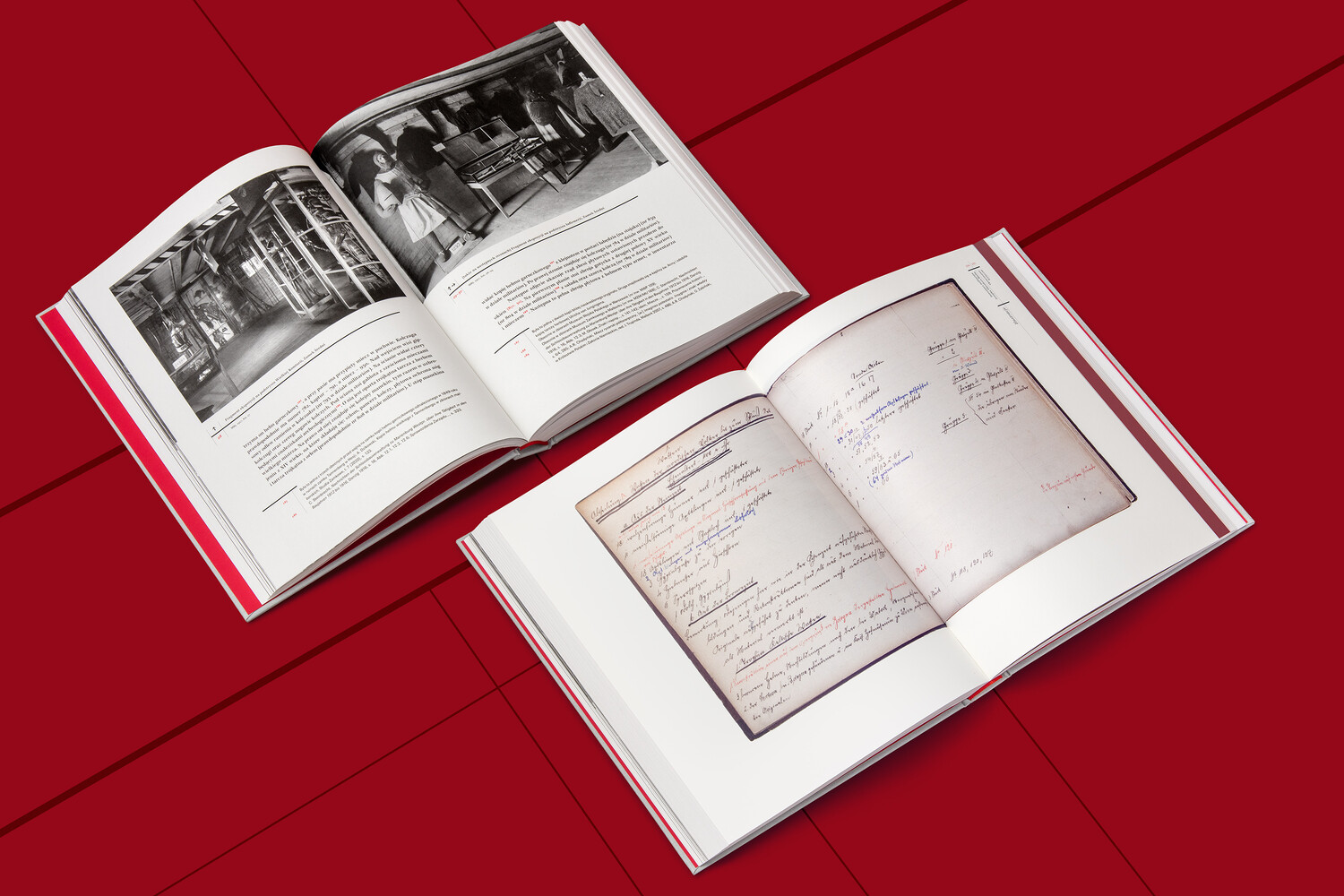 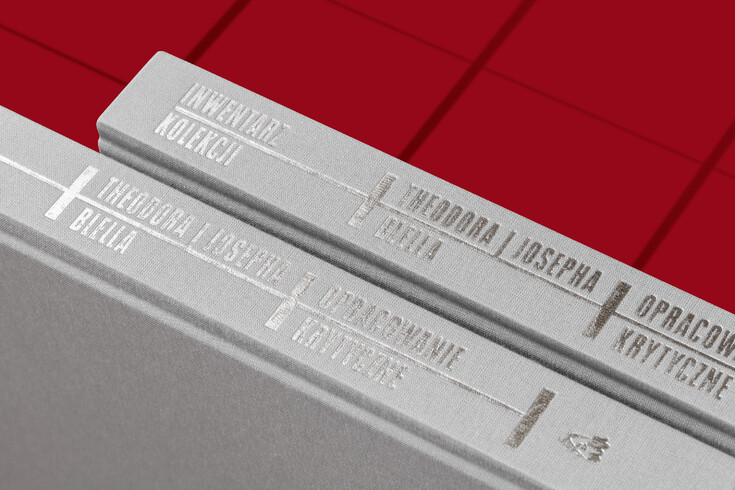 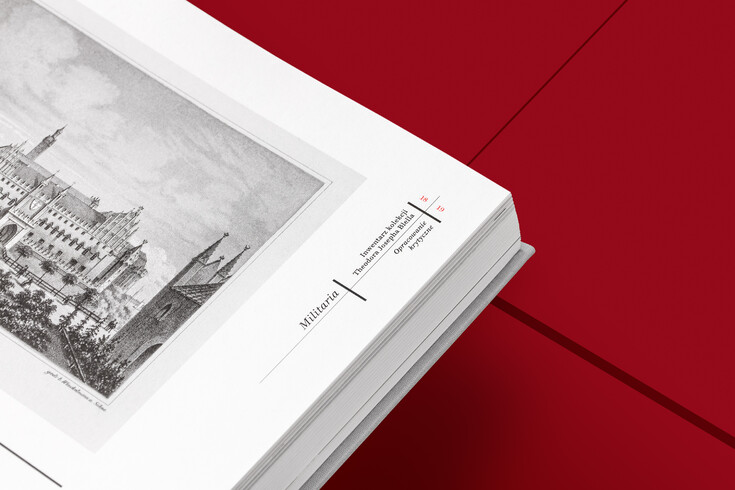 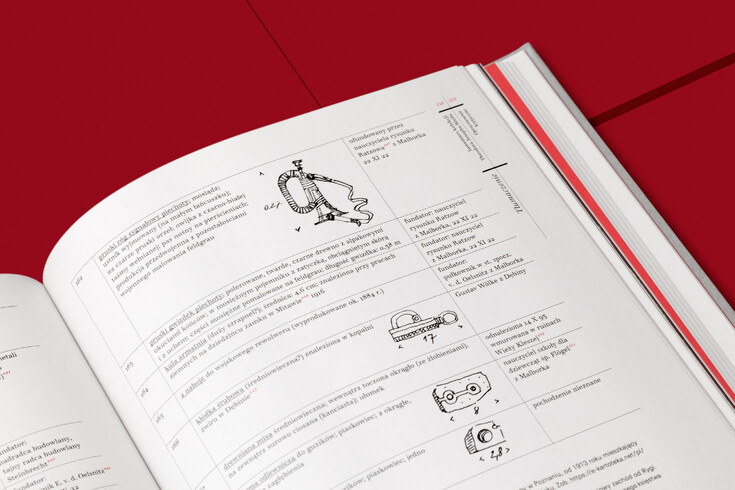 Close-up of a translated list with Blell's original illustrations. 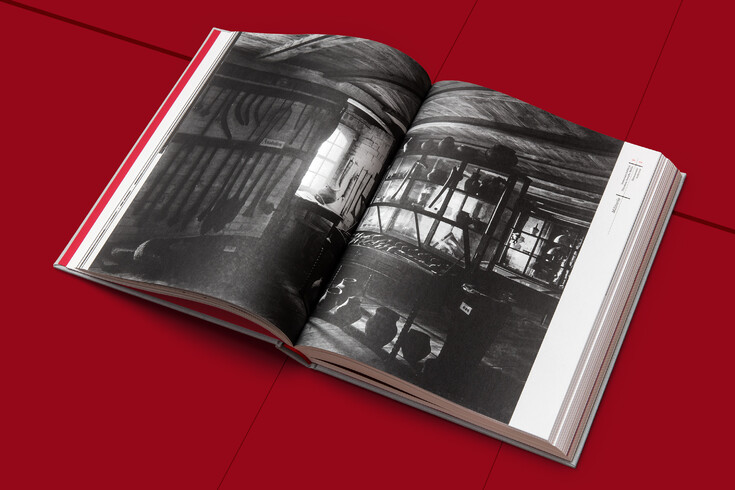 Spread with a historical photograph of the Malbork Castle at Blell's times. 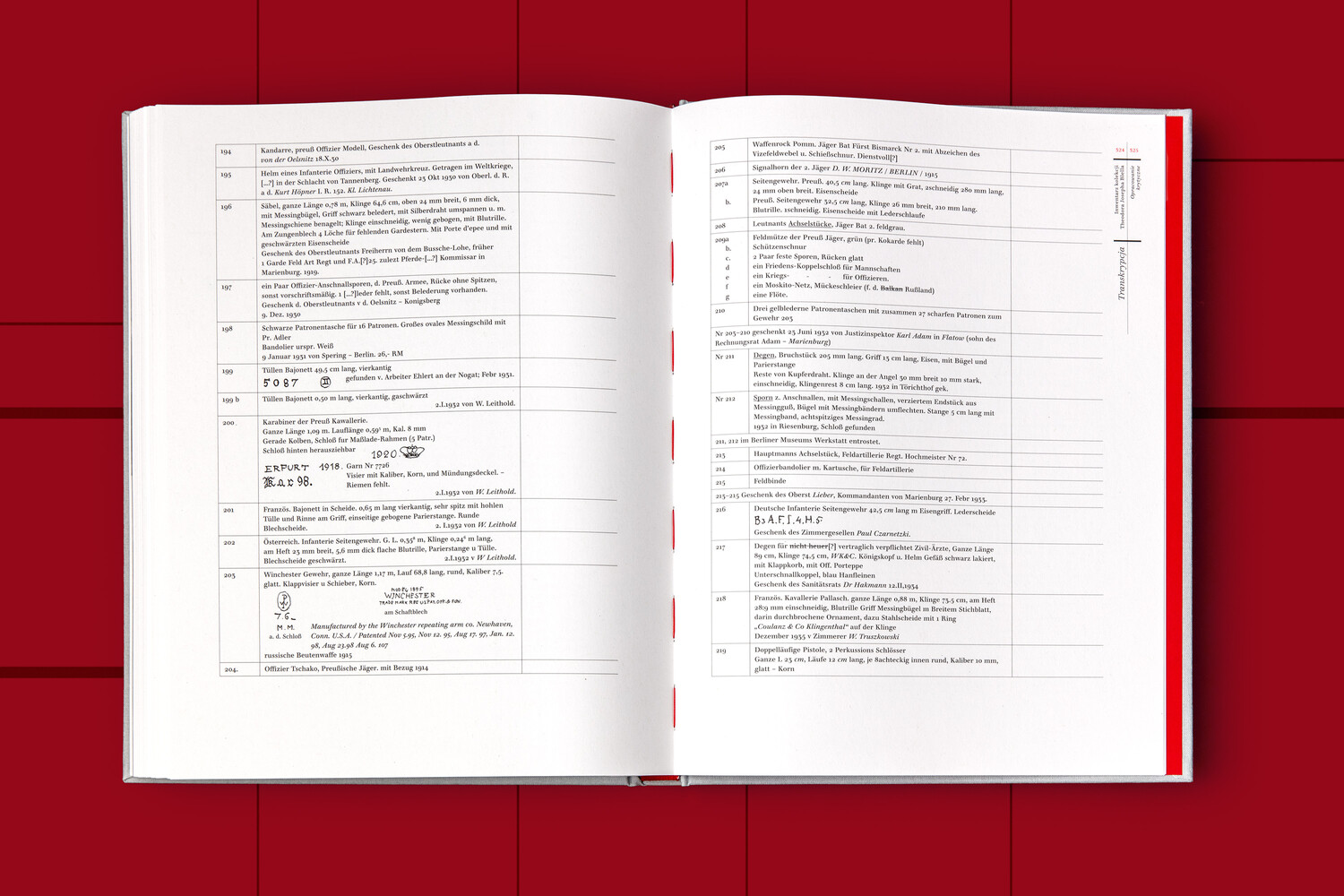 Spread from the part with the transcription of the German text, with Blell's original illustrations and red binding thread visible. 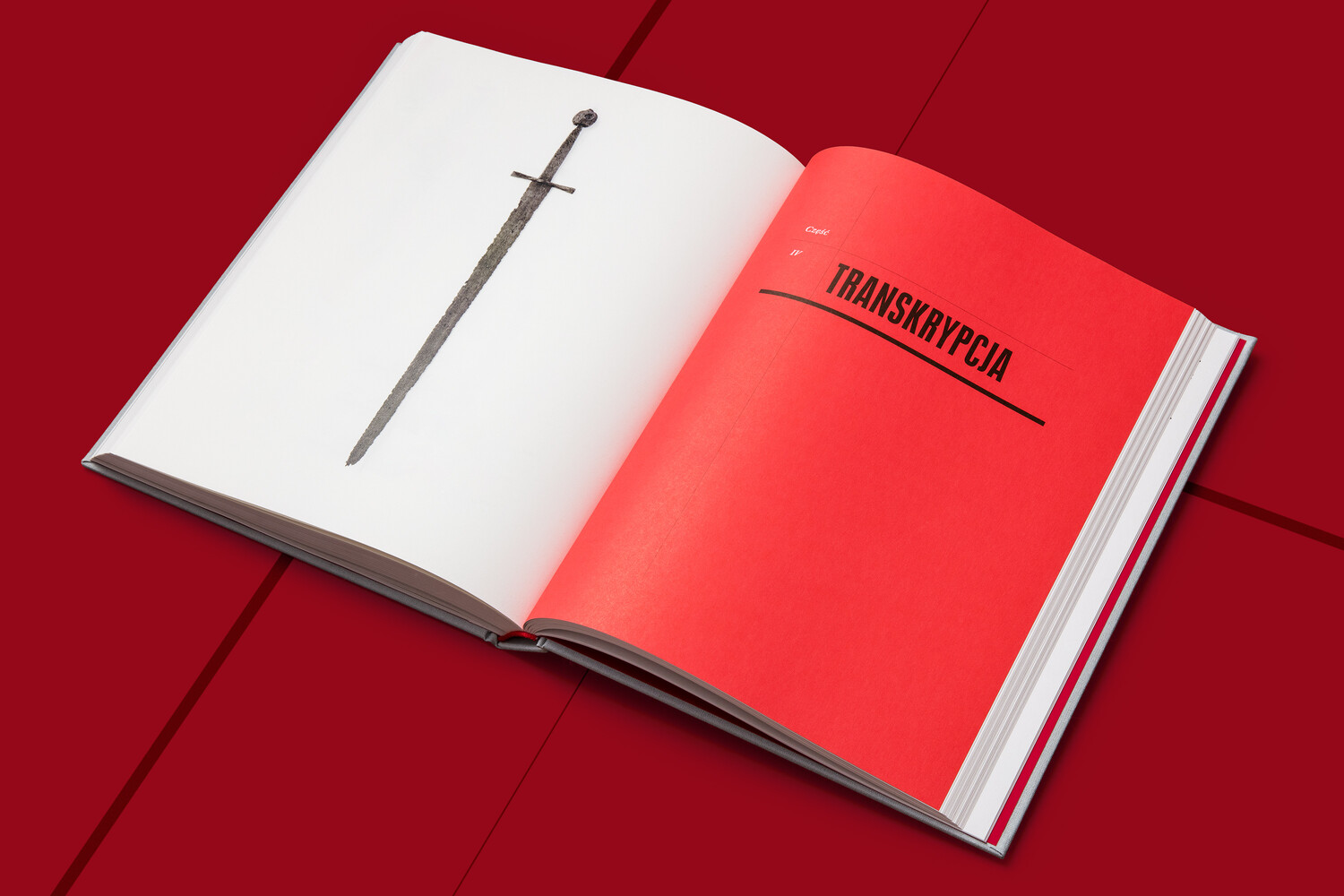 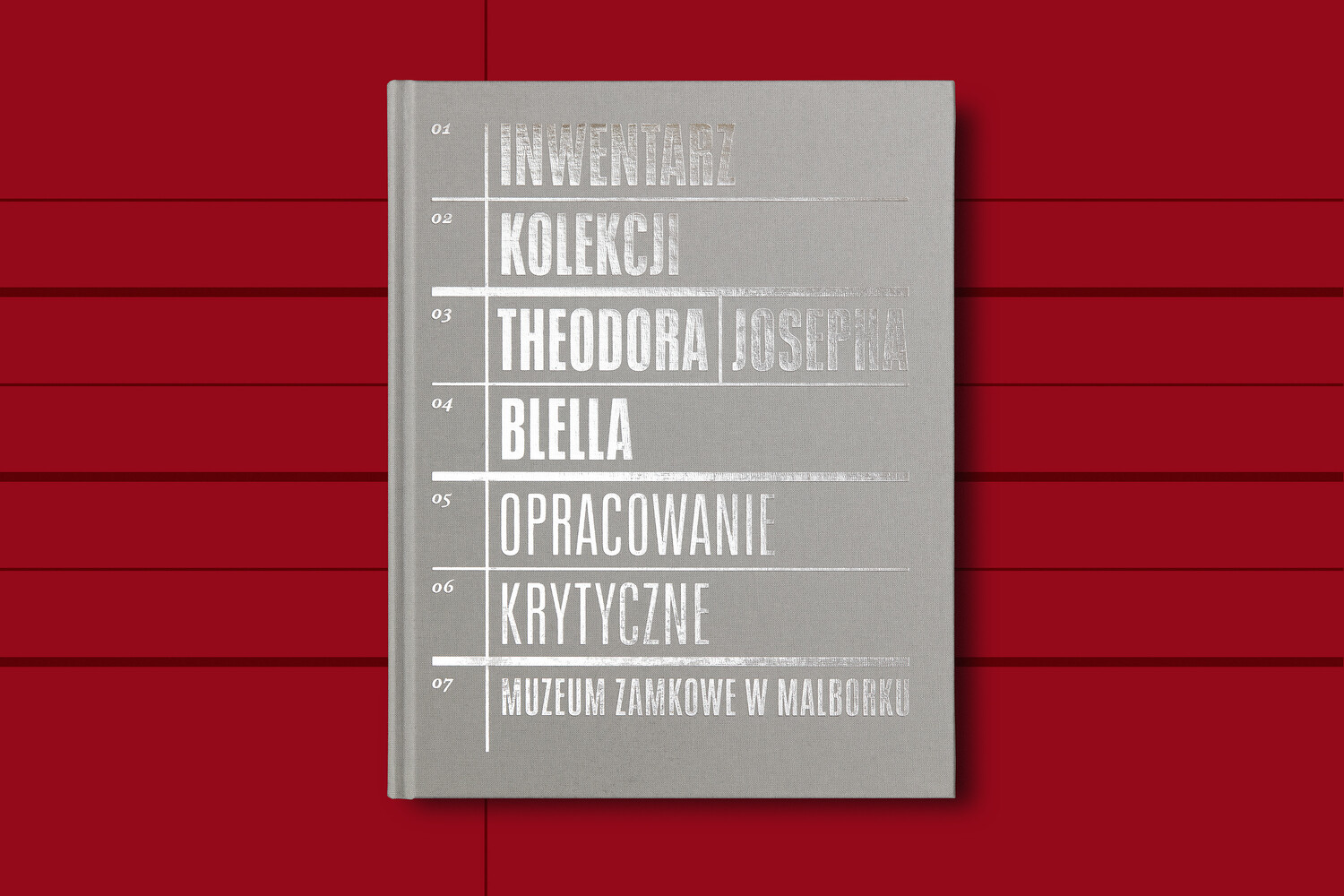